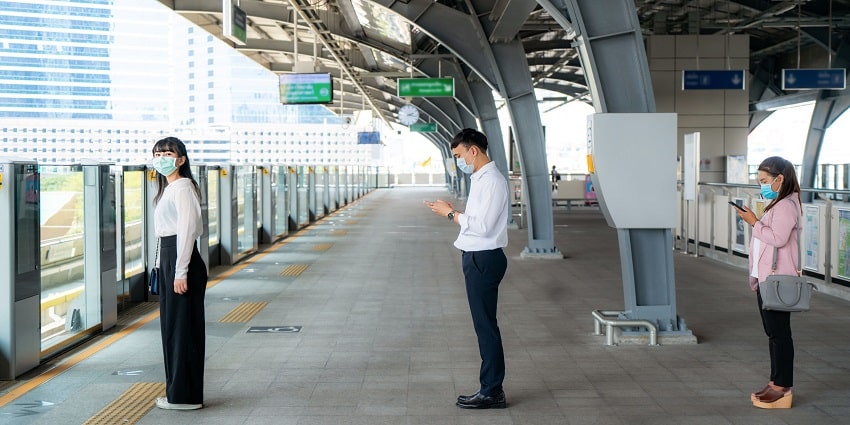 China Construction Bank’s focus on the real economy through its ‘three major strategies’ of house rental, inclusive finance and fintech will support the country’s economic recovery.

China Construction Bank Corporation (CCB) Wealth Management became the first wealth management subsidiary of a commercial bank established in China in June 2019. By the end of the year, the group had a market cap of approximately $218 billion, ranking fifth among all listed banks in the world and second among global banks in terms of Tier 1 capital.

CCB released its operating results for 2019 on 27 March. Based on the ‘three capabilities’ of serving the country’s construction, preventing financial risks and participating in international competition, the bank launched its Second Curve strategy, targeting the government, business and consumer communities.

The total assets of CCB amounted to $3.6 trillion (RMB 25.44 trillion), an increase of 9.53% from the previous year. Profitability continued its steady growth with profit before tax reaching $46 billion (RMB 327 billion), an increase of 5.98% from 2018 and an increased growth rate of 0.39 percentage points. Net profit stood at $38 billion (RMB 269 billion), increasing by 5.32% year on year permitting the board of directors to recommend a final cash dividend of $0.045 (RMB 0.32) per share, including tax.

The return on average assets stood at 1.11%, slightly down from the 1.13% in 2018 but remaining above the average of 0.87% for commercial banks in China. Similarly, the return on average equity (ROE) for 2019 was down by 0.86 percentage points year on year at 13.18%, but significantly higher than the average ROE of 10.96% for commercial banks in China.

The non-performing loan (NPL) ratio, on the other hand, was at 1.42%, further declining by 0.04 percentage points from the end of the previous year and below the national average of 1.86%. The bank’s provision coverage grew by 19.32 percentage points to reach 227.69%, considerably higher than both the regulatory target set by the China Banking and Insurance Regulatory Commission of 150% for 2019 and the commercial bank average in China of 186.08%.

Serving the real economy through the Second Curve strategy

The Second Curve strategy adopted by the bank involves targeting government, business and consumer communities by leveraging the three major strategies of house rental, inclusive finance and fintech to drive business and improve operating performance across the bank through a series of steps that involve identifying, adapting and pursuing opportunities from changes in the environment.

As such, in the advent of the COVID-19 pandemic, the bank introduced a programme of ten financial support measures for COVID-19 prevention and control, opened a green channel for loan review and approval as well as facilitated lower financing costs for the real economy by proactively reducing fees and offering discounts.

The group also adopted an eight measures approach to support micro and small businesses and granted loans of over $12.7 billion (RMB 90 billion) to enterprises related to COVID-19 prevention and control by the end of March 2020. The bank also set up an anti-COVID-19 and stable development fund worth $707,000 (RMB 5 billion).

Its digital real estate system that connects individual house rental platforms created a network with over 20 million property listings online, having expanded to over 40 cities across the country and helping enhance the governance capability in the housing sector. The ‘housing depositing’ business also enabled the bank to speed up the process of stimulating existing idle housing resources with total contracted sales exceeding to 800,000 units. New supplies such as Jianrong Apartments and New Urban Village House enabled more people to take their first step on the housing ladder.

In the spirit of the overarching theme of this year’s World Economic Forum in Davos on stakeholder capitalism and sustainability, CCB endeavoured to support social development in a responsible manner to help achieve the United Nations Sustainable Development Goals (SDGs).

To improve the coverage, availability and client satisfaction of inclusive finance services, CCB launched the innovative Mingonghui platform that utilises blockchain and big data to so far serve around four million customers. By the end of 2019, the bank’s balance of inclusive finance loans amounted to nearly $136.1 billion (RMB 963.16 billion), an increase of $49.9 billion (RMB 353.08 billion) over the previous year, with nearly 1.33 million new customers, 310,000 more than last year.

The bank also took the initiative to combine targeted financial poverty relief with rural revitalisation by exploring and promoting endogenous, sustainable poverty alleviation models driven by industrialisation, consumption and education. At the end of 2019, the balance of loans for targeted poverty alleviation amounted to $31 billion (RMB 219.51 billion), an increase of $4.1 billion (RMB 28.75 billion) over the last year.

To enhance digital operation and management capabilities, CCB built a smart risk control system to accelerate the shift from manual control to a machine and intelligent control. It also stepped up the support of measurement tools for customer selection, management decision making and risk management and control. The improvements in the quantity, quality and efficiency of special asset resolution, operation and disposal further reduced the proportion of NPLs on the books.

Using blockchain and big data, CCB was one of the first banks to connect directly with the China International Trade Single Window, covering over ten online financial services. The number of subscribers on its integrated financial service platform ‘cross border e+’ reached 150,000, up by 173.60% from the previous year.

The bank’s Cross-border Quick Loans – a series of online financing products that is the first of its kind for small and micro businesses – has so far granted a total of $565.2 million (RMB 4 billion) in loans. Meanwhile, the $56.5 billion (RMB 400 billion) in cumulative transactions were realised through domestic letter of credit, forfeiting, international factoring and re-factoring services deployed on its blockchain trade financing platform.

The bank also created integrated smart channels with multiple contact points and launched its ‘5G+ smart banking’ service through its new generation core banking system, which has so far been deployed in 29 overseas institutions to enhance sharing capabilities across the group.

The notion that the City needs to shrink is gathering momentum

On technology, skills and innovation in China: The next lap
27 August 2021