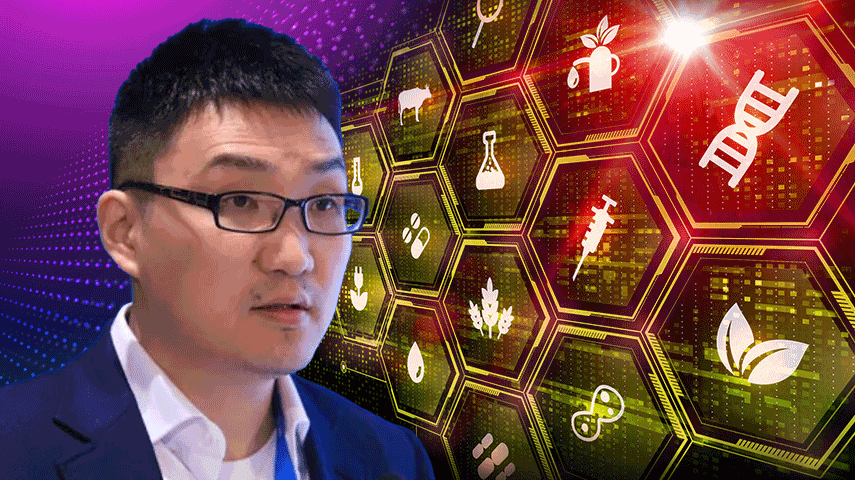 The billionaire founder of Pinduoduo Inc. and one of China’s richest men seeks scientific breakthrough in the country’s food technology sector through his philanthropic arm Starry Night Charitable Trust after resigning as CEO of his e-commerce firm, China’s biggest by users.

Success, even the type that propelled Colin Huang Zheng into the ranks of China’s richest men in short order, couldn’t detract the e-commerce tycoon from his boyhood dream of becoming a scientist; yet the road ahead might hold as much promise as it does peril for the low-key multi-billionaire.

In July 2020, six years after founding China’s most popular e-commerce platform Pinduoduo Inc. and three after listing it on NASDAQ for $1.63 billion – the second-highest of any Chinese company at that time, Huang said he would resign as chief executive and pursue his childhood dream of becoming a scientist to “make something meaningful happen.”

“I’m already in my 40s, it’s probably unlikely for me to become a true scientist,” said Huang, now 42, in a May 2021 letter to shareholders. “I would feel very lucky and blessed if I have the chance to become a research assistant to a future, possibly great, scientist.”

His money has already preceded that goal. A 2020 filing showed Huang –whose net worth peaked at about $69 billion in February 2021, according to the Bloomberg Billionaires Index – had cut his stake in Pinduoduo to 29.4%. Of the stake cut, 2.37% – worth about $2.6 billion at that time – was pledged to an irrevocable charity called Starry Night Charitable Trust that claims to promote cutting-edge science research, including fundamental research in life sciences, agricultural technology, food safety and healthcare.

Huang’s decision to resign as chief executive and move into philanthropy came during a government crackdown on the country’s tech sector. Stricter restrictions were rolled out in quick succession starting in late 2020 to rein in tech’s power and its encroachment on the financial sector. Draft rules were introduced by the central bank in November 2020 to restrict micro-lending by tech companies. That same month, China’s market regulator published anti-trust rules to stop monopolistic practices, and proceeded to probe Alibaba Group, a move that caused its finance unit Ant Group to scrap its planned overseas share sale.

The chill that came over China’s tech sector as a result of the crackdown is still being felt, with the benchmark Hang Seng Tech Index at 3,554 as of 14 November, having fallen from a three-year peak of 10,591 in February 2021. Huang’s personal fortune – like that of other IT tycoons in China – has plummeted, reaching about $23 billion as of 10 November, according to the Bloomberg Billionaires Index.

Tighter official rules on the tech sector was “a core factor” behind Huang’s decision to step away as Pinduoduo’s CEO and enter philanthropy, said Qingtai Yu, Shanghai-based analyst at Guotai Junan Securities Co., who covers tech companies, including Pinduoduo.

“The guiding forces in China have been not to be outspoken, and not to show your wealth,” said Peter Deans, director of Sydney-based Notwithoutrisk Pty, a consulting firm.

By many accounts, Huang keeps a low profile. Yu of Guotai Junan said Huang spoke little on calls with investors even while he was still Pinduoduo’s CEO, preferring to let his then-chief technology officer (CTO) Lei Chen do most of the talking. Chen, educated at the elite Tsinghua University, took over as company CEO in July 2020 after Huang resigned to start his philanthropic organisation.

The name of Huang’s charity, Starry Night Charitable Trust, was inspired by Dutch Post-Impressionist painter Vincent van Gogh’s purported quote: “For my part I know nothing with any certainty, but the sights of the stars make me dream.” Starry Night claims on its web page to have experts like Michael Levitt, recipient of the 2013 Nobel Prize for Chemistry, and Dutch agritech expert Raoul Bino on its academic committee.

The first tranche of Huang’s donation worth $100 million will go to his alma mater Zhejiang University, consistently one of the nation’s 10 best, which he frequently referenced in his blog as having nurtured his talent, and given him his first big breaks in life. Several projects across a wide scientific spectrum were posted on the charity’s web page as tapping funding via the university, including a search engine and supercomputing-related study called “Inference engine based on super-large scale temporal relational graph data,” a bioscience-related study called “Design and application of super-sensing molecular machines,” the food-tech linked “Study on artificial fish-product in cell culture,” and a vaccine-related study called “De Novo design of innovative and intelligent RNA therapeutics.”

Contacted by phone, a member of Starry Night’s secretariat named Zheng said the charity has been operating for over a year, and will post updates and results of the funded projects online when they occur.

Huang grew up in the booming 1980s on the outskirts of the Chinese eastern city of Hangzhou. The scenic city, known for its green tea and tranquil lakes, is also the hometown of Alibaba founder Jack Ma.

Unlike Ma, better known for his bootstrapping street smarts than his academic prowess, Huang – the only son of factory workers -- was a math whiz at school. Huang would go on to win a place at Zhejiang University to read computer science without having to sit for the nationwide college-entrance examinations like his peers, a perk for medalling at the International Mathematical Olympiad in high school.

In a blog dated February 2016, Huang admitted to striving hard in college and being too focused on coming out on top, a zeal he regretted.

“I missed my chance to rebel, play pranks and just enjoy being young,” he wrote in a February 2016 blog post. “I wasted too much time trying to be a good student.”

Huang’s hard work at school paid off. He won a Melton Foundation fellowship at the end of his first year in college to study computer science at the University of Wisconsin-Madison, where he completed his master’s with a focus on data mining. Huang drew his first paycheck at Microsoft Corp. as an intern, and was hired as a software engineer at Google LLC as a fresh graduate in 2004; he returned to China in 2006 and joined Taiwanese-American computer scientist Kai-Fu Lee, one of Asia’s best-known artificial intelligence (AI) experts, to help launch Google China.

Success followed Huang even as an entrepreneur; he had founded three other companies before Pinduoduo, including Ouku.com, the first e-commerce site he started three years after quitting Google, which he then sold for $2.2 million in 2010.

“Some entrepreneurs prefer to start businesses and leave after a few years, others prefer to maintain them,” said Guotai Junan’s Yu. There’s no right or wrong way with entrepreneurship, and Huang, being an experienced and perpetual entrepreneur, has the right stuff to succeed in his new pursuit, he said.

While Huang’s other e-commerce companies mainly involved branding and clothing, Pinduoduo focused on agriculture. That coincides with the Chinese government’s push to alleviate poverty by rejuvenating rural areas and improving the livelihoods of its 400 million farmers, as outlined in the nation’s 14th five-year plan ending in 2025.

Pinduoduo’s winning concept has been to cut through the unnecessary layers of distribution to bring fresh fruit and vegetables from farms to consumers in the fastest and cheapest way possible. In doing so, Pinduoduo stole a march on larger rivals like Alibaba and JD.com, becoming China’s fastest growing e-commerce company by revenue. In 2021, Pinduoduo said it had 788 million active annual users in 2020, beating Alibaba and JD.com to become China’s most-used platform; the company didn’t turn a profit until 2021, when it booked net income of $1.22 billion. E-commerce companies typically sacrifice profit in the first few years of existence to grab market share from their rivals, with the aim of driving costs down after they get big enough to negotiate better terms with vendors, said Yu.

“Pinduoduo harnessed the power of the Internet to support China’s farmers and farming sector,” said Yu of Guotai Junan. In doing so, Huang had provided an important social service through Pinduoduo even if that wasn’t the company’s top priority.

Still, Huang said Pinduoduo is about more than just profit; he predicted, in a letter to shareholders in 2018, that Pinduoduo’s “social impact and value to our society would far exceed our business success or the perceived valuation of the company.” Guotai Junan’s Yu says Huang has gone some way towards fulfilling that aim as Pinduoduo becomes the largest agriculture platform, providing a useful logistics tool for farmers to sell their products. Pinduoduo was dogged by media criticism in 2018 for selling knock-offs on its platform, which prompted a reprimand from the Chinese authorities, and subsequent reassurances from Huang to tighten control of its sales channels.

Since 2021, Huang has ceded most of his control of Pinduoduo to other executives, such as co-founder and former CTO Chen Lei, while he chases his dream.

“I want to work on research in the fields of food sciences and life sciences,” Huang said in his May 2021 letter to shareholders.

Huang, who had quoted Bertrand Russell in “The Conquest of Happiness” and mused about the intersection amongst Buddhism, quantum mechanics and AI in his blog, asked in his May 2021 letter to shareholders if it was possible to “create a next generation of meat that is healthier, greener and more sustainably supplied,” and understand “how our bodies would react to and be affected by the different plant and animal proteins we consume,” or if tomatoes could be grown in ways that “every fruit is packed with the optimal amount of Vitamin C and other micronutrients our bodies need.”

“Entrepreneurs like Huang have a way of moving forward by going back to basics and understanding the fundamentals,” said Guotai Junan’s Yu. His philanthropic work might just bring about a new breakthrough for farmers and in farming techniques in China.

Still, Deans of Notwithoutrisk cautions against excess optimism as the fortunes of entrepreneurs like Huang and their work are closely tied to “where the political winds are blowing” in China. “It’s difficult to forecast the future of successful entrepreneurs in China,’’ he said.

Danske slumps to lowest level in 5 years after profit warning

The BJP is undermining the country’s founding principles