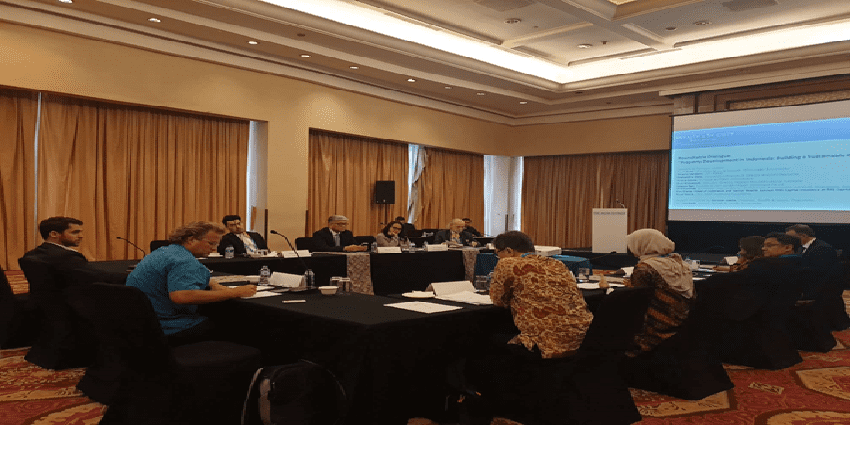 Jakarta, 22 August 2019 Wealth and Society hosted a roundtable dialogue on “Property Development in Indonesia: Building a Sustainable City” which heard the perspectives of eight speakers from with different backgrounds including impact investors, architects and sustainable experts and investors, at the JW Marriott Hotel, Jakarta, Indonesia.

Indonesia from a Wealth and Society Perspective

The largest economy in Southeast Asia, Indonesia has charted impressive economic growth since overcoming the Asian financial crisis of the late 1990s. The country’s gross domestic product (GDP) per capita has steadily risen, from $807 in the year 2000 to $3,877 in 2018.

Along with GDP growth, the wealth of high-net-worth individuals (HNWIs) in Indonesia recorded the highest increase in the region in 2016, up 14.3% to $184 billion. Indonesia is also the most mature market for impact investing in Southeast Asia, despite the fact that the high net worth community, concerned about economic risks at home, are inclined to diversify investments outside their home markets.

Yet, Indonesia faces several challenges. Most domestic capital has concentrated in mainstream private equity, sovereign debt, or philanthropy, very few investors in Indonesia have a full-time local presence, which limits interactions with potential investees. Furthermore, except for one disclosed deal, there are no records of exits from impact investments in Indonesia. Data on returns remain limited.

High Net Worth Individuals in Indonesia

Elvi Diana, head of Indonesia and senior wealth advisor at RGK Capital Indonesia introduced to the dialogue that only about 3% of Indonesian HNWIs are able to maintain the legacy of their family business to the third generation.

She also touched on the future challenges faced by Indonesian HNWIs as their numbers increase.

“The gap between the have and the have-nots has become larger which is evident from the current Gini ratio of 0.38. The key solution is for Indonesian HNWIs to develop their share of environmental and humanist awareness and care.”

“In the face of capital flight, we always remind our clients to please take care of country. Please stay to improve our country.” Diana added.

Ryan Roth, CEO of Kabu & Co. and the founder of TEDxCanggu, an economist and a cultural anthropologist started his speech by stating that he solves problems no matter how big.

He outlined two of the main problems facing the world, which are small holder farmers who are financially excluded and taxes.

“So I decided to start up an organic coffee brand named Kabu&Co as I had an issue with suppliers.”

By increasing farmer income and creating a tax base, the only difference between developed and developing countries can be removed contended Roth.

“What we do is remove the middle man and get the produce straight to the hospitality sector. It’s a cash system so there is no taxation, so we automatically tax the farmers for the government. That’s the reason why we call ourselves the ‘sixth way.’”

Not only does the business model allow farmers to receive higher pay, with end importers paying less, the verifiable sales history through Kabu & co. helps last mile farmers build up a credit profile which can enable them to gain affordable loans from banks.

Hailing from another technology platform, Thierry Sanders, CEO of Mekar, a P2P platform in Indonesia which matches online lenders with offline borrowers for productive loans described how his platform developed:

“I realised that equity doesn’t quite work here for young companies, as neither the entrepreneur or Indonesian investors are comfortable with an equity relationship.”

“The safest way to start two years ago was to use loans for impact. Almost 100% of all the unbanked or underbanked which is around 70% of the adult population are financed though credit cooperatives, or non-bank village or town level institutions. So we decided to look who are the very best of those credit cooperatives, and make agreements to sell their loans” Sanders elaborated.

Although currently reaching 3 million women in Indonesia through productive loans, Sanders felt this is not making a big enough impact and managed to help set up a government fund to take this one step further, although he has run into numerous regulatory and tax issues.

“What Indonesia really needs is a massive impact matching fund that is above $2 billion –that will match money that is invested in genuine impact funds.” Said Sanders.

Mason Tan, who is founder and CEO at Garden Impact Investments Pte. Ltd, said that he asked himself after a long and successful career in the traditional finance industry: “Why am I making the rich richer when it is not making an impact in their lives?”

“Only sustainable business can develop sustainable social impact. Otherwise it is charity and donations which cannot transform the lives of the poor,” said Tan.

Three target sectors include service providers; such as Agape, a prisoner call centre; the new disruptive economy such as Greenhope which produces bio-degradable bags made from Cassava; as well is the Agriculture sector through Afford-able – a provider of sustainable and affordable housing solutions for low income families using kenaf plant based building.

“With over 70% of the Asian population below 34 years old, we need to ensure there is enough gainful employment to avoid potential social issues.” Tan Said.

Rizal Malik, CEO of WWF-Indonesia Foundation stated that WWF is not only about tigers and orangutans, but actually for human survival. He explained why the WWF is now working in the finance field.

“Just this week we released our sustainable report which is a balanced scorecard for banks in ASEAN countries including four banks in Indonesia.” Malik added.