You might have earned it, but don’t forget that your wealth came from society 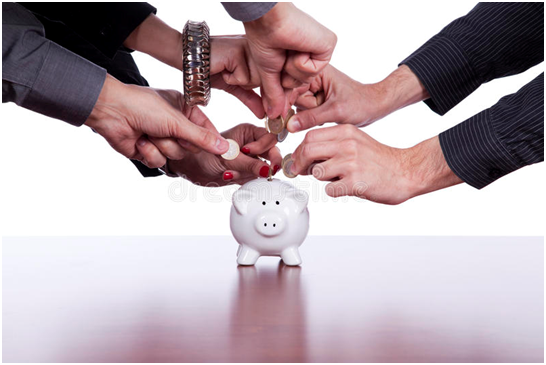 Like most people, I often wonder if I am paid fairly. I like to think that I am very good at my job. But I am keenly aware of my bargaining power. It amounts to this: I can threaten to go and maybe The Economist won’t want me to. And yet there are large numbers of people out there who could do my job well. My training and fluency in Economist culture are important to my professional success, and yet there are vast numbers of people out there with similar skills and experience, who could learn the culture if given the opportunity.

Like most people, I often wonder if I am paid fairly. I like to think that I am very good at my job. But I am keenly aware of my bargaining power. It amounts to this: I can threaten to go and maybe The Economist won’t want me to. And yet there are large numbers of people out there who could do my job well. My training and fluency in Economist culture are important to my professional success, and yet there are vast numbers of people out there with similar skills and experience, who could learn the culture if given the opportunity.

Of course, I work very hard. I put in long hours. To some small degree, I work long hours because that extra effort and contribution boosts the firm’s bottom line, and a bigger bottom line means a little more money, thanks to The Economist’s profit-sharing programme. But the link there is too small to have anything but the tiniest effect on my compensation.

The main reason I work hard is because the value within The Economist is social, and that social value is distributed over a limited set of economics writer positions, and I mean to cement myself in one of those positions. And the way to accomplish that is to distinguish myself and to create the general impression of indispensability. The hours I invest are a critical part of the case I make to my employers to put me in my job in the first place. And it is the job that is the prize, because the value generated by the firm is so overwhelmingly social in nature: our culture and collective knowledge are our competitive edge; the whole is so much greater than the sum of the parts.

The wealth of humanity is limited by our ability to produce goods and services of value. The production of goods and services of value increasingly rests on the collection, processing and management of information. There is no value without the knowledge of what can be produced, what ought to be produced, and how it can be produced most effectively. It is the information-processing structures of firms, cities, nations, and other institutions of human society that gather that information, and sort it, and turn it into the production that enriches people around the world. The wealth of humans is societal. But the distribution of that wealth doesn’t rest on markets or on social perceptions of who deserves what but on the ability of the powerful to use their power to retain whatever of the value society generates that they can.

That is not a radical statement. People take what they can take, and it is only the interplay of countervailing forces and the tolerance of the masses that limits that impulse – that works to create institutions that limit that impulse.

It is impossible to imagine Bill Gates’s wealth without Bill Gates’s ingenuity and effort. But it is far easier to imagine Bill Gates’s wealth being produced by someone other than Bill Gates within the institutions of modern American economic society than it is to imagine Bill Gates generating Bill Gates’s wealth in a different time and place – in France in the 1700s, or in the Central African Republic today – in which society was or is less tolerant of entrepreneurial capitalism and the accumulation of personal billions, and where the community of engineers that gave rise to and became America’s tech sector is absent. Indeed, at some point in Microsoft’s history it was Microsoft the information-processing organism that was more critical to Bill Gates’s wealth accumulation than Bill Gates himself. People, essentially, do not create their own fortunes. They inherit them, come to them through the occupation of some state-protected niche, or, if they are very brilliant and very lucky, through infusing a particular group of men and women with the germ of an idea, which, in time and with just the right environment, allows that group to evolve into an organism suited to the creation of economic value, a very large chunk of which the founder can then capture for himself.

The Wealth of Humans

In his An Inquiry into the Nature and Causes of the Wealth of Nations, Adam Smith mused on the way in which market economies translate human impulses into social wealth:

[M]an has almost constant occasion for the help of his brethren, and it is in vain for him to expect it from their benevolence only. He will be more likely to prevail if he can interest their self-love in his favour, and show them that it is for their own advantage to do for him what he requires of them. Whoever offers to another a bargain of any kind, proposes to do this. Give me that which I want, and you shall have this which you want, is the meaning of every such offer … It is not from the benevolence of the butcher, the brewer, or the baker, that we expect our dinner, but from their regard to their own interest. We address ourselves, not to their humanity but to their self-love, and never talk to them of our own necessities but of their advantages.

Smith was seeking to replace one view of the way the wealth of the world is generated with another. The prevailing view at the time, in the latter half of the eighteenth century, was that large trade surpluses were the route to riches – the larger a country’s surplus, the greater the inflows of gold and silver – which implied that riches were zero-sum in nature. A larger surplus for one country necessarily required a smaller surplus for another. This antagonistic, ‘mercantilist’ world encouraged a worldview sympathetic to imperialism and war.

Smith saw things differently. Trade is not zero-sum, he wrote. Rather, trade increases the size of the market, which allows for greater labour specialization. Specialized labour is more productive than non-specialized labour, so that a world of trade and specialization, in which many people focus on one task and exchange their produce with others in mutually beneficial trades, is one in which everyone is much better off than a world in which individual countries seek to buy as little as possible from competitors. The ‘common wealth’ is maximized when people are left free to follow their self-interest and exchange whenever and with whomever they choose.

It is a beautiful and important intellectual model of the world. But it is incomplete. Self-interest governs more than our behaviour in labour and product markets. It also governs our attitudes and behaviours towards the societies in which we belong. Societal openness generates broad benefits but localized costs. And so people rationally seek to limit societal openness, out of self-interest.

But if the locus of redistribution could be changed, then the zero-sum aspect of societal openness could be defused. Secure in the knowledge that societal growth would not reduce redistribution (and could indeed increase the value available for redistribution by increasing global output) the incentive to draw the borders of society tightly would be curtailed. The challenge, of course, is to create the broad social interest in an encompassing redistribution. How to do that?

There is the hint of an answer in Smith’s other great work, the The Theory of Moral Sentiments, which opens:

How selfish soever man may be supposed, there are evidently some principles in his nature, which interest him in the fortune of others, and render their happiness necessary to him, though he derives nothing from it except the pleasure of seeing it. Of this kind is pity or compassion, the emotion which we feel for the misery of others, when we either see it, or are made to conceive it in a very lively manner. That we often derive sorrow from the sorrow of others, is a matter of fact too obvious to require any instances to prove it; for this sentiment, like all the other original passions of human nature, is by no means confined to the virtuous and humane, though they perhaps may feel it with the most exquisite sensibility. The greatest ruffian, the most hardened violator of the laws of society, is not altogether without it.

The force of human empathy can be made to serve either openness or societal mercantilism. The question we ask ourselves, knowingly or not, is: with whom do we want to share society? The easy answer, the habitual answer, the ancient answer is: with those who are like us.

There is a better answer available: that to be ‘like us’ is to be human. That to be human is to earn the right to share in the wealth generated by the productive social institutions that have evolved and the knowledge that has been generated, to which someone born in a slum in Dhaka is every bit the rightful heir as someone born to great wealth in Palo Alto or Belgravia.

The difficulty we face is managing the thing. We must try not to destroy the good institutions we find in front of us, the workings of which we do not entirely understand. In seeking to make the world a better place, we must be cognizant of the fact that this matters, and that we can’t reasonably expect even the most empathetic of societies to throw open their borders heedlessly when no other country is doing so, and when the pool of potential migrants dwarfs those living and working within those rich societies.

But we should also realize that those societies do not belong to us. If we are lucky enough to find ourselves within them, we can argue credibly that we are contributing to them and therefore deserve a share of the benefits that flow from them. But the fact that we are lucky enough to be within them and contributing to them does not confer on us the exclusive right to such a position.

If anything, it confers on us the responsibility to try to make the society as robust as possible, so that its membership can be extended to as many people as possible. No one deserves to be poor. No one deserves to be arbitrarily rich. Rich societies can find ways to justify their great wealth relative to others: their members can tell themselves stories about the great things they did that others could not have done that made them wealthy beyond imagination. Alternatively, they could recognize the wild contingency of their wealth, cultivate human empathy, and do what they can to extend the wealth of humans to everyone.

Re-disseminated by The Asian Banker from The Huffington Post

More than 200,000 babies may have been given substandard jabs