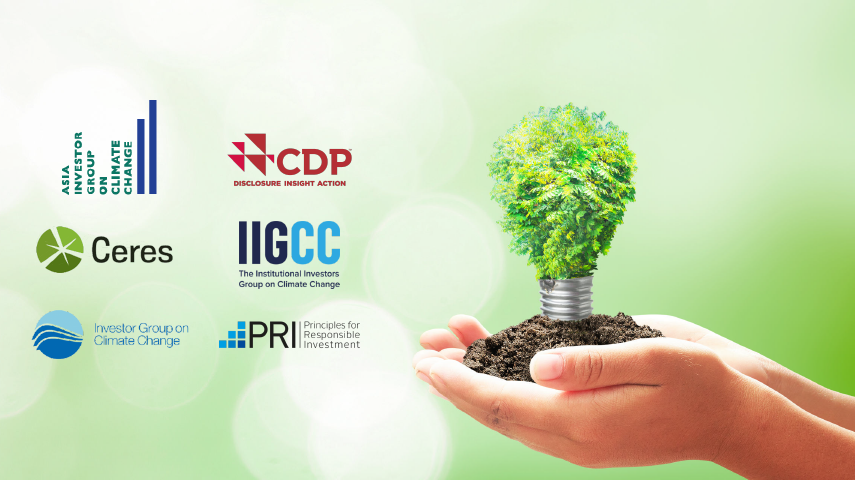 The amount of assets has tripled under the net zero asset managers initiative which now has 73 global signatories. It accounts for one third of the global assets under management (AUM). Are the fund managers adding the right zeroes to cut down global emissions?

The Net Zero Asset Managers initiative (net zero initiative) is an international group of asset managers that pledged to invest only in companies with net zero greenhouse gas (GHG) emissions by 2050 as a concerted effort to combat climate change. The initiative initially had non-US signatories like AllianzGI, Macquarie Asset Management, and Aberdeen Standard Investment, among others. Recently two heavyweights BlackRock and Vanguard joined this group. It now has 73 signatories with a total of $32 trillion in AUM. The core objective is for the asset managers to commit to consciously work with their investors to reduce global emissions. The initiative is also accredited by the United Nations Framework Convention on Climate Change Race to Zero campaign that rallies non-governmental actors to tackle climate change.

Matt Christensen, global head of sustainable and impact investing at AllianzGI, said, “We have EUR 206 billion ($244.52 billion) invested within our four sustainable investment strategies. By 2050, we are also committed to ensuring that 100% of our AUM are aligned with our organisation’s goals”.

Sustainable finance has gathered significant momentum globally and continues to do so. The financial sector and investors globally have a critical role to play in either maintaining status quo or driving the transition to net zero emissions. Larry Fink, chairman and CEO of BlackRock, said, “Helping investors prepare their portfolios and capture investment opportunities on the path to net zero is one of our greatest responsibilities. BlackRock is proud to put its name behind this initiative”.

Currently, there are more than 100 countries with legally binding net zero emission targets in the next 30 years that include Singapore, UK, France, Germany, Sweden, Iceland, Finland, and New Zealand to name a few. Two countries that are carbon neutral already are Bhutan and Suriname. China, the world’s biggest polluter, has set a target to be carbon neutral by 2060 but we have yet to see a China-based asset management firm linked with this net zero consortium.

Net zero means striking a balance between emissions produced and removed from the atmosphere using techniques like GHG capture. The commitment under net zero also does not mean that asset management firms will start divesting but they are expected to factor in carbon neutrality while making investments. Popularly known as carbon neutral, net zero therefore does not mean zero emission as that entails no emission at all. This is not feasible because for some sectors like the civil aviation carbon emissions are inevitable.

The net zero initiative is aligned with the Paris agreement that aims to limit global warming to 1.5 degree celsius. There is a rising consensus on the scientific aspects of fighting climate change but there is greater disagreement on how to set priorities. Therefore, just like the net zero initiative similar consortiums like the Climate Action 100+, an investors group that mandates companies to lower their carbon emission, are helping investors’ ecosystem to outline their priorities.

Companies are expected to invest in technologies that offer higher energy efficiency. There will be emphasis on switching towards green and alternative fuels. Efforts will also be directed towards reforestation, curbing down deforestation, and monitoring land use patterns.

“We hope this can make it easier for governments to step up their ambition at this year’s conference of parties in Glasgow that according to current estimates is not enough to tackle significant climate change, or to introduce instruments like a global carbon price to help price climate risks more accurately,” added Christensen.

Marco Morelli, executive director of AXA Investment Managers, said, “We made strong commitments to our climate journey several years ago with the decision to divest from coal in 2016 and continue to progress with the work we conducted on the warming potential of our assets”.

But the major obstacle going forward would be to decarbonise carbon emission-heavy sectors like civil aviation and shipping.

Despite all the pledges and sustainability initiatives that financial sector has been embarking upon, banks keep channelling money to fund energy projects that pollute environment. According to the Banking on Climate Chaos report, banks have funnelled $1.6 trillion worth of funds to fossil fuel companies since 2016. Citigroup, Bank of America, and JPMorgan Chase are the top three funders with a total of $295 million. The authors of this report based their findings on 12 energy projects that the banks and investors are associated with.

Investors stepping up to tackle climate change is a positive move but it is important to be critical of the approach used. Most net zero targets use carbon offsetting as a mechanism and rely on unproven technologies like carbon capture to remove carbon dioxide from the air to meet the target. Action Aid’s report shows the detrimental effect of carbon capture resulting in deforestation, land grabs and hunger in parts of Asia, Africa and Latin Africa to store carbon. Therefore, these initiatives need to focus simultaneously on reducing emission to near zero and sustaining ecological restoration to drive real change.

Is scale in asset management good for the consumer?