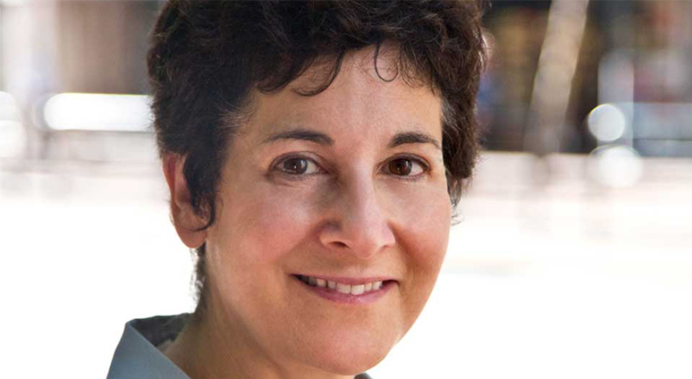 Ruth Shapiro, founder and chief executive of Hong Kong-based Centre for Asian Philanthropy and Society discusses the development of philanthropy in Asia and how the creation of the Doing Good Index will help it grow in the region

The Centre for Asian Philanthropy and Society (CAPS) is a non-profit research and advisory organisation that is committed to improving the quantity and quality of private social investment in Asia. According to its founder and chief executive, Ruth Shapiro, it aims to achieve this by delivering quality research on all kinds of financial flows from the private sector into projects and schemes to make Asia and the world a better place.

“We are big proponents of world class-research methodologies, and the importance of data and evidence. We look at system and sector wide solutions to help improve the performance and practice of the overall philanthropy sector,” she emphasised.

And Shapiro is no stranger to the social service sector or to the region, having previously founded the Asian Business Council and served as its senior advisor who oversaw  programme initiatives in CSR and social entrepreneurship.

Increased interest and support for philanthropy

The organisation is mainly funded by private donors who support many of its multiyear projects. There is also growing interest from institutions to tap on its advisory and consulting services to set up their own private social investment programmes.

Shapiro believes that there is growing private sector interest and donor support for CAPS because there is currently no other organisation that does similar work in Asia.  In the five years since it was set up, it had put in place the mechanisms that help the sector stay healthy and vibrant. It has also put in place management functions that facilitate greater accountability, transparency and impact of the sector.

For those who may be unfamiliar with the concepts of social investments, it is quite a nuanced field. First, there is the distinction between the tools or programmes for executing particular strategies such as: CSR, Environment, Social and Governance (ESG), and impact investing initiatives, among others, and the issues that they seek to resolve such as healthcare, education, poverty alleviation, environmental impact, to name just a few.

Then, there is also the clear distinction between charity and philanthropy. Particularly in Asia, which has a long history of charity but not necessarily the same for philanthropy, according to Shapiro.

“Charity is just the act of helping someone, who may be from the same extended family, clan, or village. And there is a long history of that in different parts of Asia. However, philanthropy is more of a systemised approach, whereby you are taking that charity and using it in a more strategic manner to influence the outcome on an issue like education or healthcare. Philanthropy is the systematic use of charity,” she explained.

A preference for corporate structures

Both charity and philanthropy can be managed professionally, as a family or a corporate structure. The main difference however is how decisions are made. With charity, it tends to be taken more spontaneously, whereas with philanthropy it is more systematic.

“There is an increased interest and support for philanthropy. It is either coming through the creation of a personal foundation or a family office foundation. But often in Asia, if a family is a dominant shareholder then a lot of that philanthropy comes through the company,” commented Shapiro.

The preference for philanthropy to be conducted through a corporate structure is driving a growing number of institutions in Asia to start such programmes.

Globally, philanthropy has become a way for the wealthy to show that they are magnanimous. While it may hint at a certain degree of narcissism, Shapiro stressed that it doesn’t mean that the money is not spent for good things.

Historically in Asia, the rationale for philanthropy had more to do with “Guan Xi”, building of good relationship, according to her.

“The return on investment for a lot of Asian philanthropists has been in terms of increasing “Guan Xi”, or enhancing relationships. Now, it is more of relationships plus impact. Positive relationship, including with the government, and goodwill, but increasingly, it is also the wealthy who want to have an impact on society. And that is okay, because when you align multiple interests and you create win-win-win strategies, those are more sustainable over time,” she observed.

In January 2018, CAPS published the findings of its research on Asian philanthropy entitled Pragmatic Philanthropy: Asian Charity Explained. This was the culmination of a two-year study of 30 local non-profits and social enterprises across 11 Asian economies. It included 50 interviews with ultra-high net worth individuals.

“We were testing the hypothesis of the differences in the way philanthropic and charitable decisions are made, and how successful non-profits operate in Asia as compared to the West. What are the strategies that are most effective in this region, and how do they differ from the West,” Shapiro shared.

The study revealed what companies and governments were doing and the strategies that philanthropists were employing. It presented a big picture view of trends across the region and more importantly the issues that needed to be overcome for philanthropy to grow.

“We asked all these wealthy people, why don’t you give more in Asia? And the number one answer by far, was, I do not trust the local non-profit organisations to receive my money,” she remarked.

The creation of the Doing Good Index

“We have this trust problem. If you have a trust problem our thinking was, “how do we mitigate that?” And partially, it is through regulations and norms that either legislate or encourage more accountability and transparency. What we wanted to know was, what are the environments, what are the factor that either enable or impede philanthropic and other types of private social investment in these 15 economies?” she said.

To accomplish this, CAPS had to expand its initial scope of study to go beyond regulation and to include areas such as taxation policy, procurement and the overall social ecosystem. This resulted eventually in the creation of the “Doing Good Index”, a set of indicators designed to show the regulatory and institutional infrastructure that enables or impedes philanthropic giving.

“We decided to expand it. It is not just the regulations, it is the tax incentives, it is procurement, and it is essentially, how much does the society embrace this kind of activity. We developed 150 questions in those four areas. And we had close to 1,700 non-profits and social enterprises fill them out. Actually, our level of confidence in this study is very high. We worked with 38 partners in the 15 economies,” she elaborated.

It found that across the 15 economies people were ranked ahead of government as the key driver of philanthropy. The ecosystem section ranked higher out of the four sections, of which three of them have to do with government; ie. regulation, tax andfiscal policies, and procurement.

“The section on ecosystem, which is really how people, how companies, how nonprofits, how universities are embracing this sector. Those scores are higher than the others. So it means that people are doing things,” she said.

However, she acknowledges that things may be changing as governments realise that some public services can also be directed to the private and social sectors.

The number one destination of philanthropy in Asia, by far, is education. The degree to which education is selected in Asia is higher than many other parts of the world. Healthcare is a distant second.

“What had happened in the past, as Asia was poor until relatively recently, was when you said, education, healthcare, a lot of governments will say: “These are our job.” Only now with increased disposable income are governments starting to realise; “we can help direct some of this money towards things that we also want to accomplish”,” she explained.

And with the publication of the Doing Good Index index CAPS aims to address the information and evidence gaps that exist between the social sectors and private investors that will mitigate the trust deficit. Longer term, Shapiro hopes that governments in the region will begin the process of redressing some of these impediments and create a more sustainable environment for the growth of social investments in their respective economies so that more private wealth and investments can be deployed for the wider good of society.

The maker of Marmite remains in Britain, for now