The distribution of household wealth in Asia Pacific has transposed upwards remarkably since 2016, particularly due to the rapid growth of China. It has profoundly changed the distribution of wealth across the region. Private banking and family office services are also beginning to be more understood and accepted by Chinese high net worth (HNW) individuals and their families.

According to the 2019 Global Wealth Report released by Credit Suisse Research Institute, Asia Pacific saw its total household wealth grow by 2.4% to reach $141.2 trillion in mid-2019, to account for almost 39.1% of the total global wealth of $360.6 trillion. 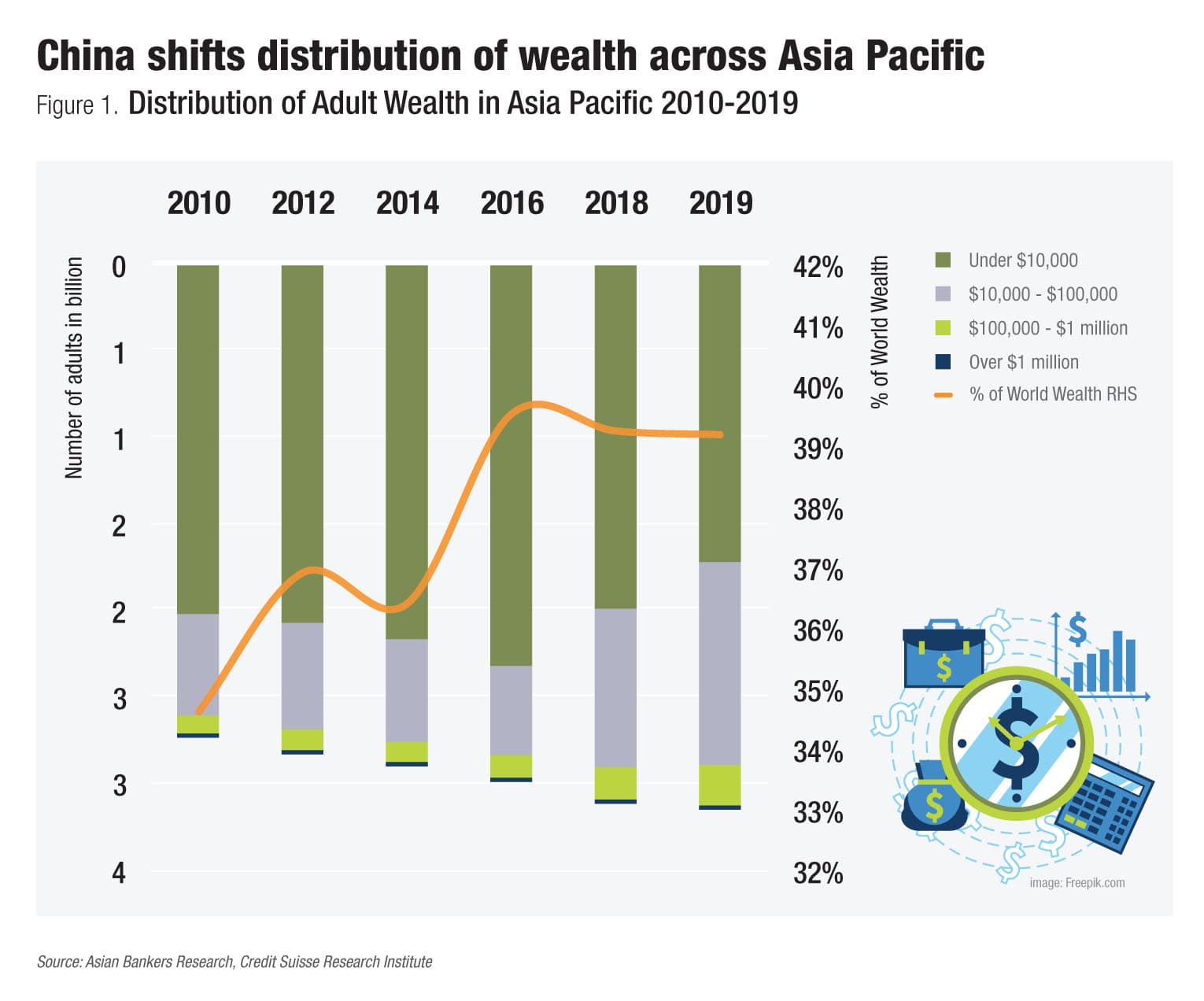 Asia Pacific excluding India and China correspondingly added 1.46 million over the same period to reach a total of 7.50 million, while India reached 759,000 millionaires with a large leap of 581,000 over the two years.

In terms of ultra-high net worth individuals (UHNWIs) with net assets of over $50 million, Asia-Pacific countries excluding India and China are home to 22,660, 14% of the world total while China has 18,130 UHNW individuals, an increase of 370 from mid-2018.

By 2024, the number of UHNW individuals in the Asia Pacific region is expected to grow by approximately 21,300, faster than any other region at an average of 8% per annum, to reach a total of nearly 66,000, of whom 42% will be from China.

Rising average wealth is the main reason for the growing number of millionaires, accounting for around three quarters of new millionaires in the world. Relative contributions due to growth in population size and inequality vary among countries in the Asia Pacific. 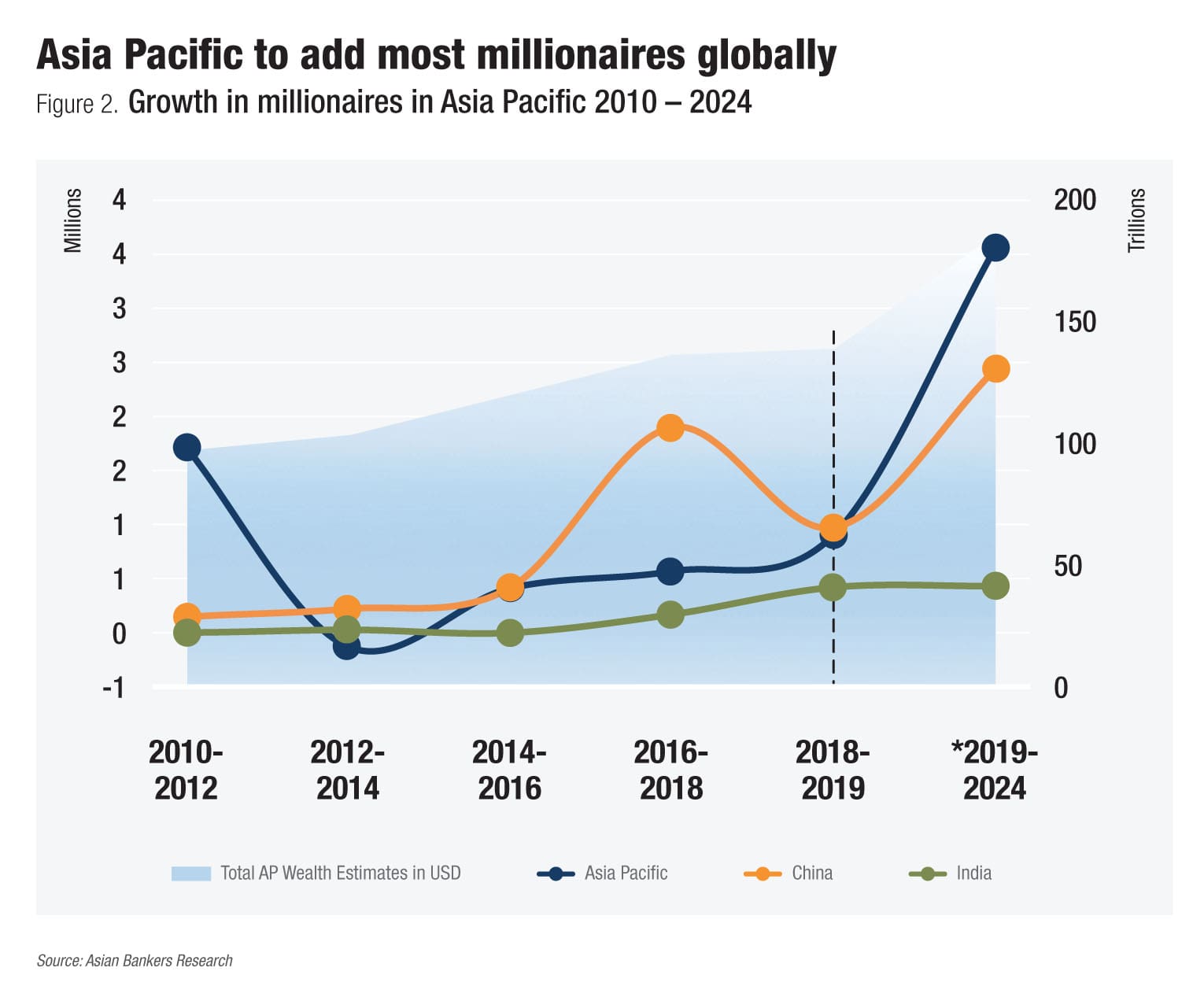 Inheritances are likely to have greater wealth distribution consequences in the future, particularly in China where the effects of the one-child policy combined with vast new wealth creation, preservation and transfer, both by and to, tech-savvy HNWIs will present many new opportunities for the wider region as a whole.

Regarding the composition of financial wealth, according to the survey results of Capgemini’s 2019 World Wealth Report, cash and cash equivalents dominated the portfolios of HNWI’s in the Asia Pacific excluding Japan, with 28% and 29% in Japan of the total portfolio. Equities declined to 22% and 23% of holdings respectively amid market volatility with fixed income assets less popular in Japan. 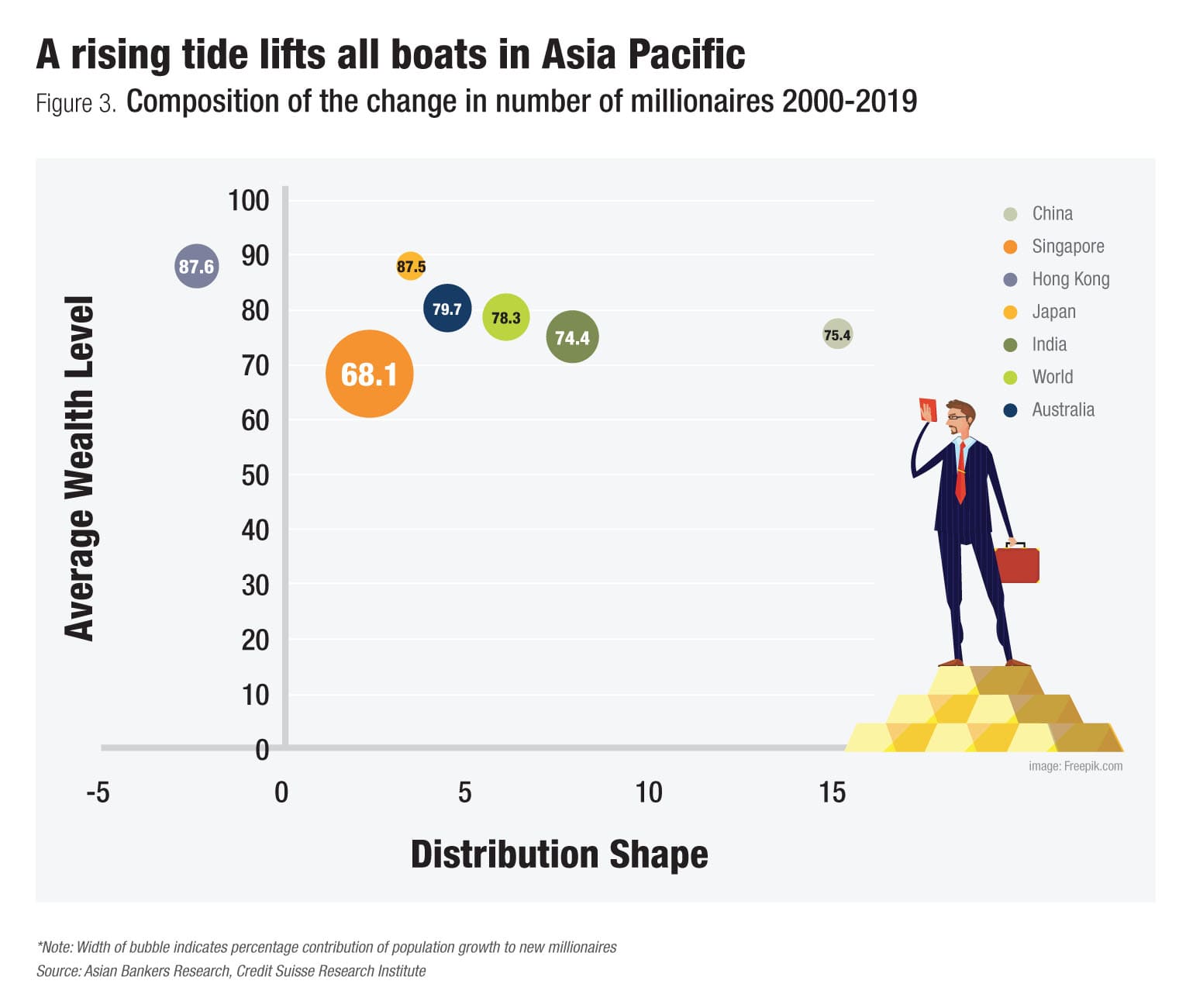 One of the many transformative issues facing the industry is tasking wealth managers to simultaneously humanise their offerings to strengthen client relationships while empowering themselves by leveraging technology. Clients want digital capabilities and managers alike need tools to optimise time allocation and services.

This would help stave off some of the disruption from the entry of big tech and big data enabled challengers particularly as fewer than 50% of HNW clients said they were satisfied with current mobile and online platforms, and 85% demanded more digital interaction when accessing portfolio information reported the survey.

Yet globally, according to the survey, HNW individuals’ trust and satisfaction in wealth management firms increased by 3 percentage points on last year. A focus on fees and service quality will further help to attract and retain HNW clients, for instance as unsatisfactory service experience influenced 87% of HNWIs to switch firms.

Well informed knowledge of markets which delivers returns, honesty and friendliness are key characteristics of wealth managers demanded by clients.

Surveyed HNWIs named a lack of emotional intelligence (28%), a shortage of value-added services (29%), and insufficient face time (30%) as reasons behind their feelings of very low personal connection.

As for expenses, only 62% of HNWIs, and a low 43.3% in Japan said they are comfortable with their primary wealth manager’s fees, although for the rest of Asia Pacific comfort levels were notably higher at 75.5% according to the survey which queried 2,500 HNW individuals across 19 major wealth markets. 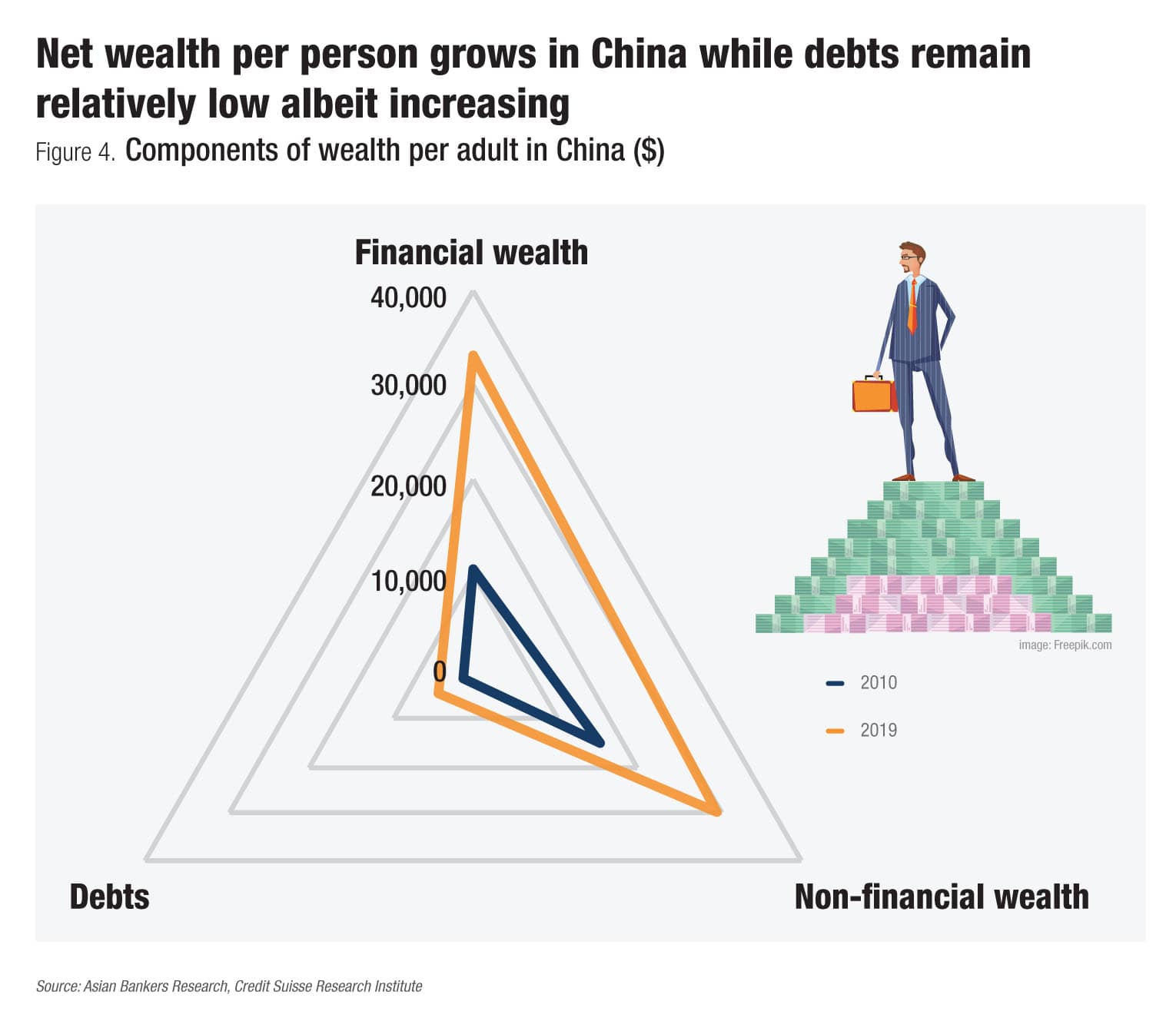 The strong wealth creation growth in China is driven by a combination of factors: a high rate of savings, the high level of private enterprise and entrepreneurship, easy access to credit and financing, often well guided government policies, healthy private-public sector partnerships and well-educated workforce, which together produce robust investment opportunities.

Much of the growth has been generated in the past decade. The current economic and financial restructuring underway in the country, with a greater focus on services and consumption, small and medium enterprises, innovation and digitalisation, will go some way to ensure that the environment for wealth creation continues to be conducive.

This will continue to support the unprecedented wealth accumulation that has spawned an increasingly competitive, professional, albeit nascent private banking and wealth management industry over the past decade.

In particular, private banking and family office services are beginning to be more understood and accepted by Chinese HNWIs, especially in the last 2 to 3 years. There is now greater focus on diversification of risks and asset portfolio allocation, tax efficiency, segregation and protection of wealth assets, and succession and estate planning as opposed to the fixation on fixed income wealth management products before. 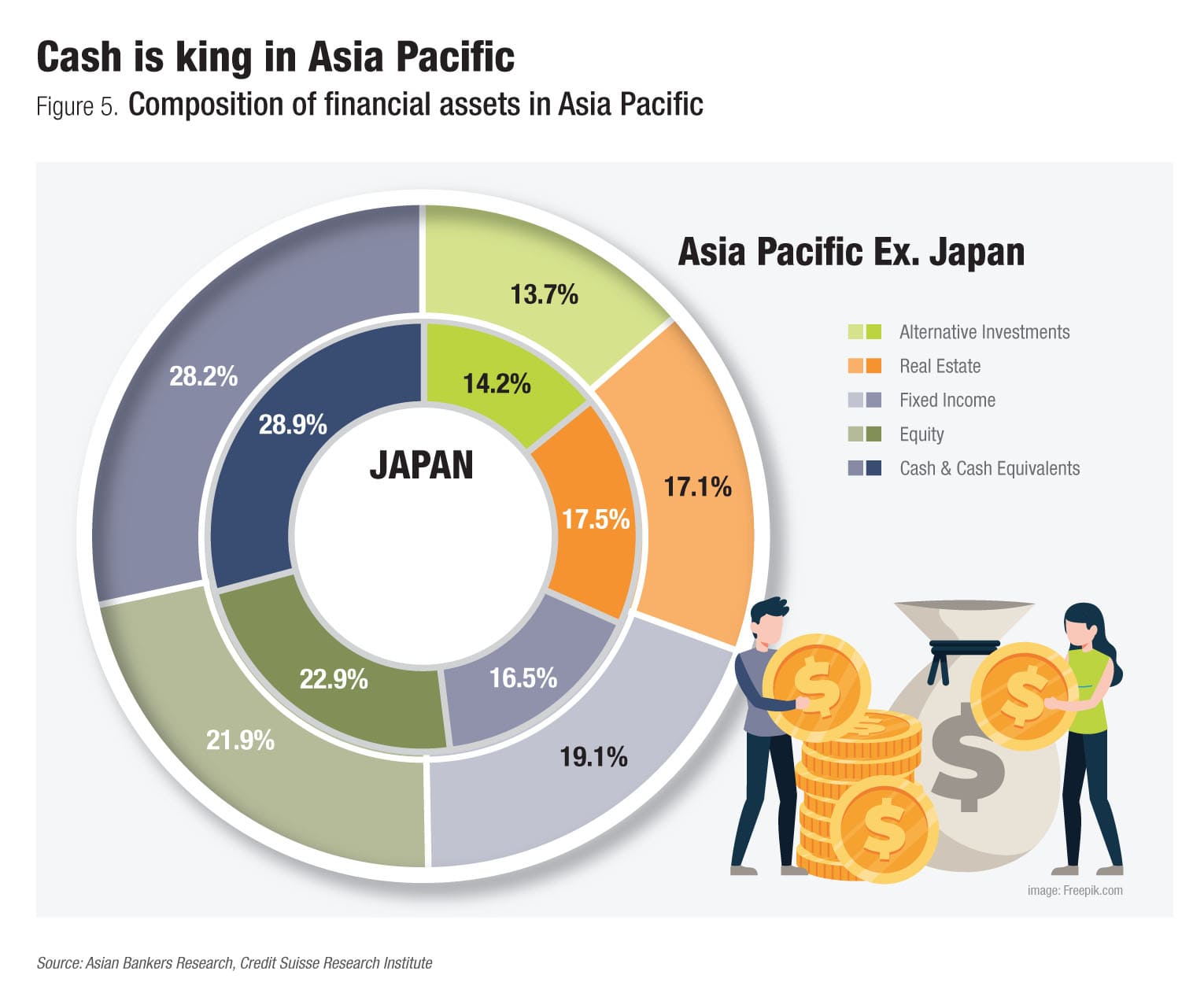 “The wealth management market is undergoing major shifts from fixed-income investment to equity investment, from the domestic market to the global market, from short-term speculation to long-term investment, from single products and single opportunities to asset portfolios, from wealth generation by first-generation entrepreneurs to succession by the second generation of entrepreneurs,” observed Tang Ning, founder and CEO of CreditEase Wealth Management, which has offices in Hong Kong, New York, Singapore and Tel Aviv to manage the overseas assets of its Chinese clients.

Today, domestic commercial banks dominate the private banking market, which is estimated to be worth about RMB 10.5 trillion ($1.5 trillion) in total asset under management (AUM) for the biggest banks. In terms of the number of customers, the mainly state-owned mega-banks have the largest shares because of their network and distribution strengths. Increased scrutiny and regulation over fintech and the financial services sector have also consolidated the position of traditional banks.

“The large banks, especially the well-managed ones have benefitted from the fund flow reversal from the fallout,” remarked Song Jianhua, general manager and head of Industrial and Commercial Bank of China’s personal banking department.

After the commercial banks, trust companies as a whole form the next largest source of private wealth management services with an estimated total AUM of RMB 7.0 trillion ($1 trillion). 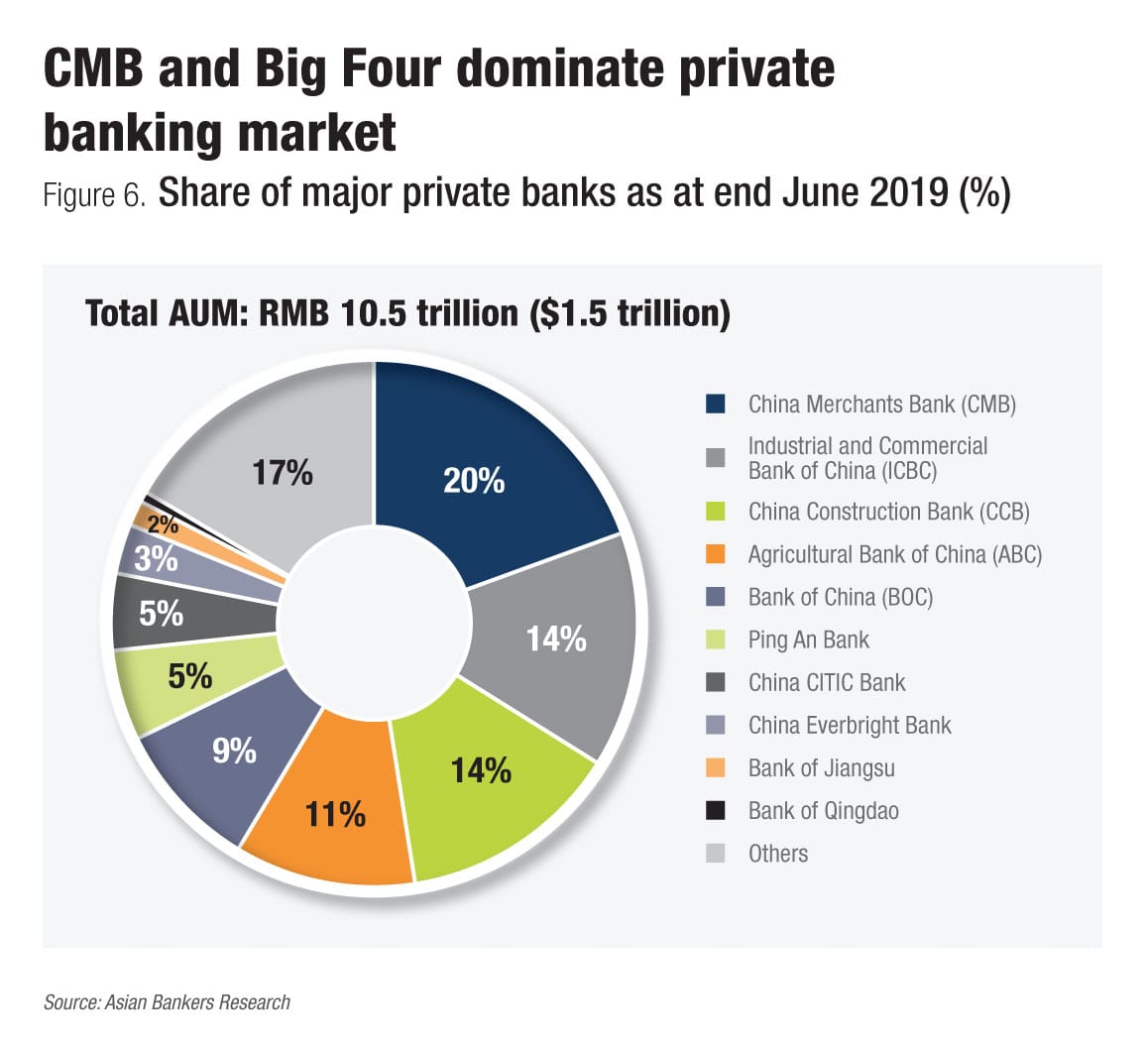 At the same time, China is witnessing rapid ageing. Post-war baby boomers who contributed to much of the wealth created are in the process of retiring as they pass well into their 60s. In the next decade, many will be looking to transfer their wealth to the next generations of Gen-X and Millennial children and grandchildren.

This new generation of HNWIs is different from their forebears, from their savviness and willingness to use technology, understanding of the concept of trust, to attitude towards running the businesses that created the family wealth as well as concerns about the future, especially about sustainability and environmental, social and governance (ESG) related matters. 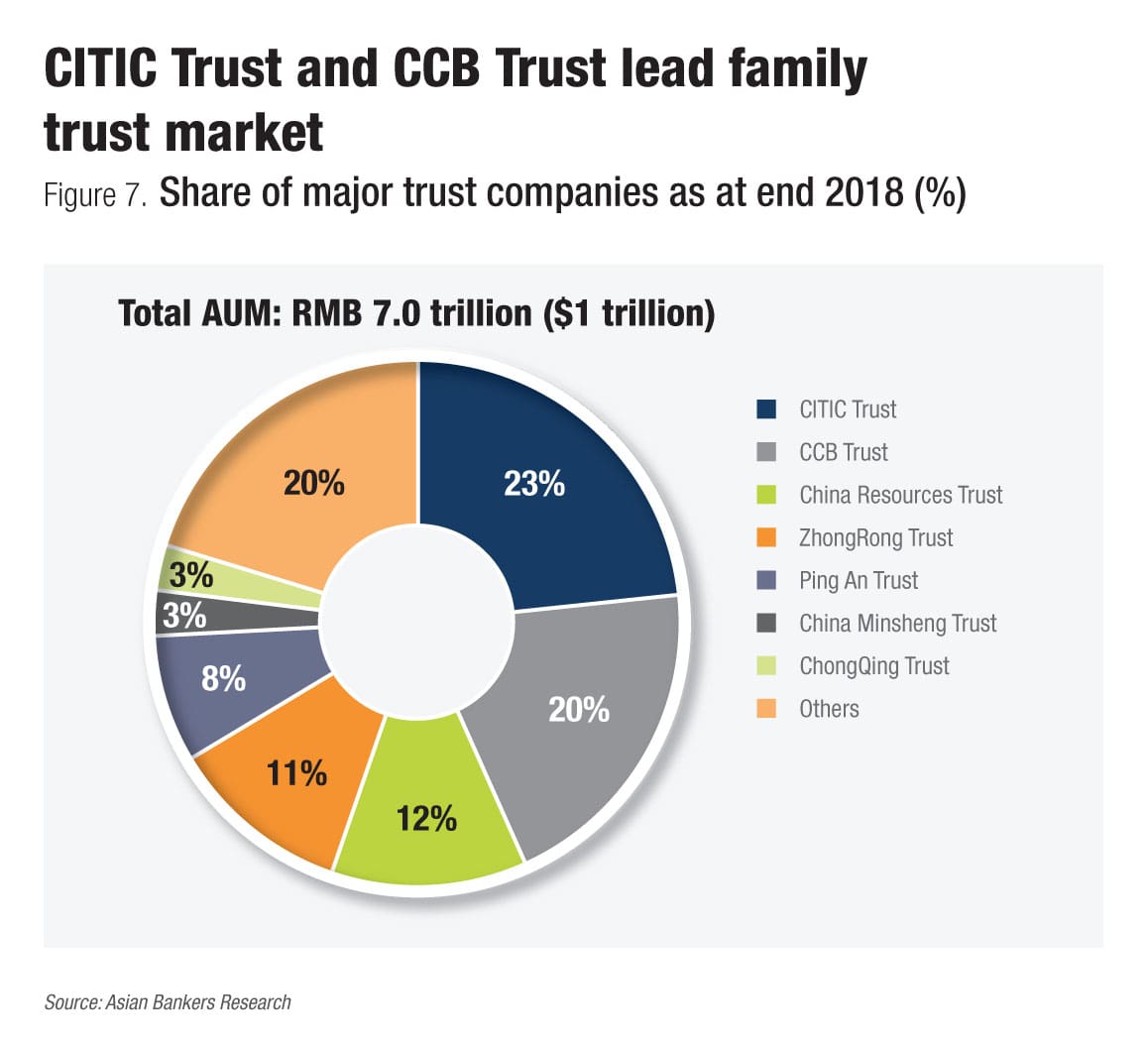 Many in fact are not looking to be involved in being business managers but would rather manage the family wealth in a manner that reflects their values and priorities. Hence, the current first generation HNWIs as they plan their succession are looking to do so while safeguarding their legacy in business, family and society at large.

As personal wealth is at an all-time high and there are more billionaires than ever, charitable activities are also gaining traction among the wealthy. Many are looking at contributing back to society, building up communities and making a better world overall.

Many challenges remain. For example, there is a significant trust deficit around the social impact sector, lack of trusted institutions for philanthropic contributions.

However, as the pace of wealth transfer picks up, it will change the nature of the private wealth management business. Increasingly, it will be less about wealth creation and more about leaving an enduring legacy.

Ageism in the workplace ‘starts at 40’ for women

The FDA turns its attention to menthol cigarettes

Concerned about their appeal to children, the FDA wants to ban minty smokes