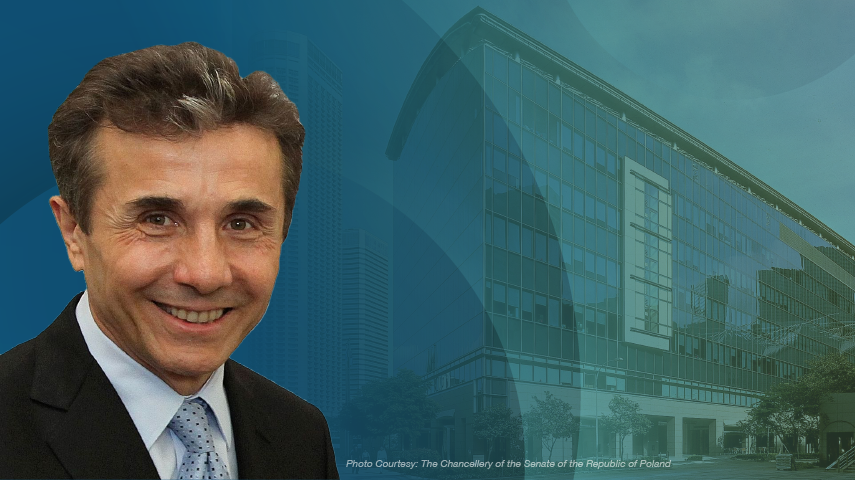 A court case in Singapore pitting Republic of Georgia's former premier Bidzina Ivanishvili against Credit Suisse Group over allegations of negligence at a unit of the Swiss bank that cost the plaintiff $800 million in losses has cast a spotlight on the city-state’s ambition as a global wealth hub by testing its courts’ ability to resolve high-value disputes.

Ivanishvili, 66, has accused Credit Suisse Trust in a Singapore court this week of failing to protect his investments and take steps necessary to prevent losses linked to fraud committed by its former Geneva-based banker Patrice Lescaudron. Singapore is the latest stop in the tycoon’s string of lawsuits across multiple locales against the bank to claw back monies he claims to have lost through the bank’s neglect. In March, a Bermuda court ruled in favour of Ivanishvili, and directed the bank’s local insurance arm to pay damages of more than $500 million . Ivanishvili has a net worth of $4.8 billion, estimates Forbes Magazine, having made his fortune in the metals and banking business in neighbouring Russia.

High net-worth individuals may watch this case closely for cues on how well the Singapore court system handles such high-value disputes involving one of their own. This could inform them on how much wealth to park in Singapore vis-à-vis rival hubs like Geneva, and how active a role they play in making wealth-management decisions with banks.

“Clients want to have their money managed in countries with strong legal frameworks,” said Peter Deans, director of Sydney-based Notwithoutrisk Consulting. “Singapore has a good reputation in that regard; it wouldn’t have a lot of Western firms based there if there were any concerns about the law.”

The New Zealand High Court had dismissed Ivanishvili’s case in 2018 after the bank’s argument that Switzerland was the right jurisdiction; but the Singapore courts chose to take on the case with the defendant being just the trust, not the bank.

“It’s overwhelmingly sensible” for Singapore to hear this case, said Matthew Fleming, a partner at KordaMentha, a Sydney-based corporate advisory firm. “It is a natural progression from port to financial hub; it signals to the world that it’s mature enough to have rules, and that it will police them.”

Singapore, a city-state of 5 million about the size of New York City, is positioning itself as a global wealth hub. Singapore ranked a close second behind Switzerland and just ahead of Hong Kong in 2021 as the world’s most competitive wealth hub, according to a survey by Deloitte; while Singapore scored well on innovation and neutrality, it lagged Switzerland that set the “global 'platinum standard' for secrecy and privacy in digital wealth management”, according to Deloitte.

Singapore’s total assets under management (AUM) reached SGD4.7 trillion ($3.35 trillion) in 2020, 17% more than the year before and faster than 11% gain worldwide, according to the Monetary Authority of Singapore (MAS); 78% of the AUM was sourced from outside the city state.

High net-worth individuals choose Singapore for its sound financial regulation, strong rule of law, as well as political and economic stability. Singapore authorities have been working to tailor regulations and expand the suite of wealth management services that allow such wealthy individuals to access global investment products.

Mechanisms that ensure disputes are properly resolved also will enhance Singapore’s standing as a wealth-management hub. Even so, more complex cases such as Ivanishvili’s would have broader lessons and implications beyond Singapore.

“This case reinforces in many respects the fiduciary obligations banks have towards clients: to prudently manage their assets and to protect these assets from a range of risks – including fraud and misconduct,” Deans said.

In a statement read to the court this week, Ivanishvili's lawyers Cavinder Bull and Woo Shu Yan of Drew & Napier said their client had placed $1.1 billion under the custodianship of the Credit Suisse Trust in 2005. Lescaudron was Credit Suisse's channel for Ivanishvili's business and began fraudulently mismanaging the trust's investments and "misappropriating" the funds within as early as 2007, the statement said. Credit Suisse is represented by Allen & Gledhill; it did not respond to e-mailed requests and calls for comment.

Lescaudron was convicted by a Swiss court in 2018 of forging the signatures of former clients, including Ivanishvili, over an eight-year period, court documents said.

The case continues before Judge Patricia Bergin at the Singapore International Commercial Court.

Chinese tech companies get into farming

NetEase and Alibaba find the field is ripe for disruption