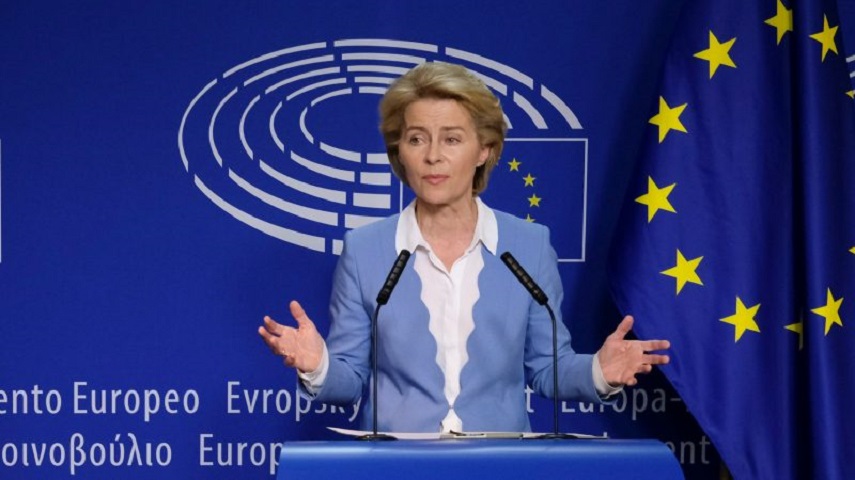 Determined to make Europe the first climate-resilient continent by 2050, the European Commission presented a package of new proposals that more granularly steer investments towards the environmental, social, and governance (ESG) tuned disclosure requirements.

The Commission has adopted a comprehensive package of measures to boost the flow of money towards sustainable activities in the European Union. The measures are part of its broader Green Deal project aimed at making Europe net carbon neutral by 2050.

The European Commission presented a three-part proposal on 21 April that intends to address sustainable finance. The proposed EU taxonomy climate delegated act intends to reinforce taxonomy regulations which were adopted in June 2020. As well all know, the regulation dictates the classification of environmentally sustainable economic activities and emphasises the use of technical and science-based criteria. It instructs investors and companies on how to distinguish between investments as well as contribute to the vision of low-carbon economy.

Financial institutions are not left out from the EU taxonomy regulation and in 2020, 26 major banks tested it across their businesses in terms of transactions, clients, geographies, and products. In a statement, Mairead McGuinness, commissioner for financial services, said, “The financial system plays a crucial role in the delivery of the EU Green Deal and significant investments are required to green our economy”.

The proposed act intends to cover several major industries and on an ongoing basis include more sectors such as nuclear energy and natural gas. More specifically, the proposed act intends to target companies and their economic activities via a comprehensive list. “Today's criteria cover the economic activities of roughly 40% of EU-domiciled listed companies in sectors which are responsible for almost 80% of direct greenhouse gas emissions in Europe.”

The proposed corporate sustainability reporting directive (CSRD) aims to increase the consistency and comparability of sustainability reports. The directive targets listed companies and all large companies defined via two accounting-based measures and the headcount criterion of minimum 500 employees. As a result the pool of companies in the EU that must comply with the standard is now 50,000 compared with previously 11,700 companies, which were termed ’public interest entities’. For non-listed SMEs, the commission has adopted proportionate standards. It means that firms can use the standard on voluntary basis. The CSRD, in particular, proposes to be specific about the integration of sustainability reports with management report and allocation of responsibility to the management of targeted companies.

The directive once in place intends to demand the targeted companies to display their compliance with the EU taxonomy by disclosing the percentage of both current and future revenues. The companies will also have to indicate the impact of their business on the climate as well as the impact of the climate change on their business in accordance with the double materiality principle. This is a principle that was introduced already with the non-binding guidelines on Non-Financial Reporting Directive (NFRD) in 2018. As a result, companies are asked to avoid qualitative and non-integrated reports. The directive strengthened the NFRD.

“By increasing market transparency and pointing to what is ‘good enough’ from a sustainability perspective, the EU taxonomy has the potential to direct the flow of finance necessary towards green and sustainable innovation in the economy,” said Eric Usher, head of the United Nations Environment Programme Finance Initiative (UNEP FI).

Amendments to the delegated actaimed at expanding disclosure

There is a comprehensive regulatory drive globally dictating that the ESG considerations should be integrated with granular disclosure requirements. The European Commission proposal indicates that addressing sustainable finance via the European Green Deal is a complex matter which also needs an integrated approach and seeks alignment with other initiatives to promote better ESG data and reporting.

Several of the components of the above-mentioned proposal will need some time to accommodate the parliamentary processes. Before the markets see the final legislative acts and directives, the plan is to have the EU Taxonomy Climate Delegated Act adopted by late May 2021, scrutinised by the European Parliament and the European Council for several months, and have it go into effect in January 2022. In a similar fashion the CSRD will require negotiations that will involve both the European Council and the European Parliament and some eighteen months to complete.

Before these negotiations and incorporations into national laws are completed it is important to consider that the proposal is particularly focused on the EU’s objectives and active within its jurisdictions. Currently, the European Commission, Council, and Parliament with their hierarchical system have the power to initiate and to some extent lead the negotiations over the next few years.  However, in several member states of the EU the lack of political capacity and willingness to implement the Green Deal have been voiced, suggesting that there are rooms for several opposing positioning within the multi-governance model of the EU. Potentially, the conflicts of interest could enforce status quo and prolong the negotiations, more certainly compromises will have to enter the negotiation room.

In a parallel process, numerous countries have created official definitions of sustainability finance and introduced programmes to address the disclosure requirements. Over the coming months legislators and companies in Europe will need to evaluate the quality of ESG data produced by the proposal. They will also have to understand how the proposal will fit into other EU initiatives such as the Sustainable Finance Disclosure Regulation (SFDR) and international programmes such as net-zero  but also sector wise initiative like the Task Force on Climate-related Financial Disclosures (TCFD).

As for now the Commission has declared its support for initiatives by the Financial Stability Board, the G20 and the G7. Yet, there are more initiatives to consider such as International Financial Reporting Standards (IFRS), Global Reporting Initiative (GRI), Sustainability Accounting Standards Board (SASB), International Integrated Reporting Council (IIRC), Climate Disclosure Standards Board (CDSB), and CDP (previously known as the Carbon Disclosure Project).

The overall goal should be that the different discloser requirements are operational within the institutional context of finance. Moreover, the  initiatives need to be implemented in a fashion that supports the manoeuvre for further development of ESG policies.

Feminists battle a culture of misogyny