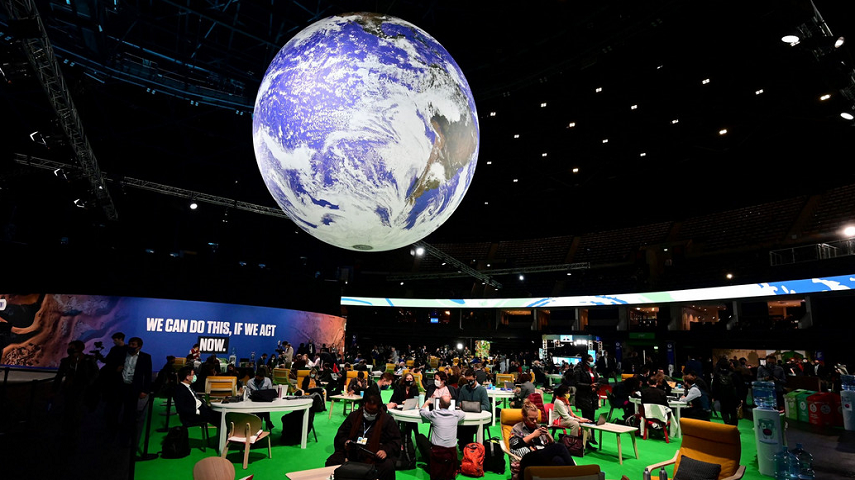 In this special COP26 commentary, Gordian Gaeta criticises global leaders as they fail to deliver on their climate change commitments at Glasgow.

Ladies & Gentlemen, I am Gordian Gaeta, Chairman of the Global Wealth and Society Council of Advisors.  Welcome. We contribute to creating a better world through private wealth and its management.

After two intense weeks in Glasgow, Scotland, COP26 has come to an end - finally. It was at times hard to follow.

I ask myself what has come from the meeting and I am sure I am not alone.  One cannot believe most reports – governments, institutions, companies, and the media are known to embellish or enhance the facts. They pander to their constituencies, their stakeholders, and their budget providers.

Today I will share what sense I can make of COP26 and the Glasgow Climate Pact. Historic failure or historic success or historic effort?

COP26 stands for the 26th Conference of Parties. Participants are the signatories to the Paris Agreement of 2015. Just under 200 countries and economies have ratified the Paris Agreement covering 98% of all damaging emissions. The core of the agreement is the aim 'to hold the increase in global average temperature to well below 2 degrees Celsius above pre-industrial levels and pursuing efforts to limiting the increase to 1.5 degrees Celsius.’ This was six years ago.

The position today is dire. The Emissions Gap Report 2021 (UNEP) tallies the new pledges for 2030 with projected 2030 emissions reductions by only 7.5%, whereas 30% is needed for 2°Celsius and 55% is needed for 1.5°Celsius. Global warming at the end of the century is estimated at 2.2 - 2.7°Celsius if all 2030 pledges are fully implemented. There is a consensus that we are thereby close to catastrophic environmental conditions.

It looks worse for fossil fuels. The Production Gap Report 2021 (UN/ Stockholm Environment Institute) tracks planned fossil fuel production. Governments plan to produce more than twice the amount of fossil fuels in 2030 than would be consistent with limiting warming to 1.5°C. G20 countries have directed more new funding to fossil fuels than clean energy since the beginning of the COVID-19 pandemic. The production gap is widest for coal in 2030: governments’ production plans and projections would lead to around 240% more coal, 57% more oil, and 71% more gas than would be consistent with limiting global warming to 1.5°C.

No wonder thousands of protesters are in Glasgow. Bless their enthusiasm.

Against this backdrop, we got the Glasgow Climate Pact which in point 3 “expresses alarm and concern that human activities have cause 1.1 degrees C of warming to date” and in point 25 notes with serious concern that “all national contributions in 2030 are 13.7% above 2010 levels”. In point 20 the pact reaffirms the Paris agreement of 2 degrees C of warming, ideally, 1.5° C and in point 21 recognizes a need for a 45% reduction in global carbon dioxide emissions by 2030 to achieve this goal.

Problem understood. What next? In point 36, the pact calls upon parties “to accelerate the transition towards low emission energy systems including accelerating efforts towards the phase-out of unabated coal power and inefficient fossil fuel subsidies”.  In point 75, the pact resolves to move swiftly with the full implementation of the Paris agreement. Fascinating. Did someone miss the reality of climate change or imminent consequences?

This pact is the result of over 150 governments and leaders spending one week together and one week of working groups. Most of the headline commitments are at best good faith, some of the biggest players did not even try to do that or include specifics in the pact. The same with companies. Among others, the two largest car manufacturers refuse to commit to only zero-emission cars by 2035.

The root cause of global failure lies in the huge inequalities and exploitations between and within countries and economies that grow unabated.  There are many solutions but they require foresight, fortitude and commitment – not a recipe for staying in power or getting re-elected. There are similarities to the handling of the COVID 19 pandemic.

You make your judgement on Glasgow and the seriousness of global leaders.

India’s central bank faces a major test of its independence

The cash-strapped government is threatening to gut the RBI