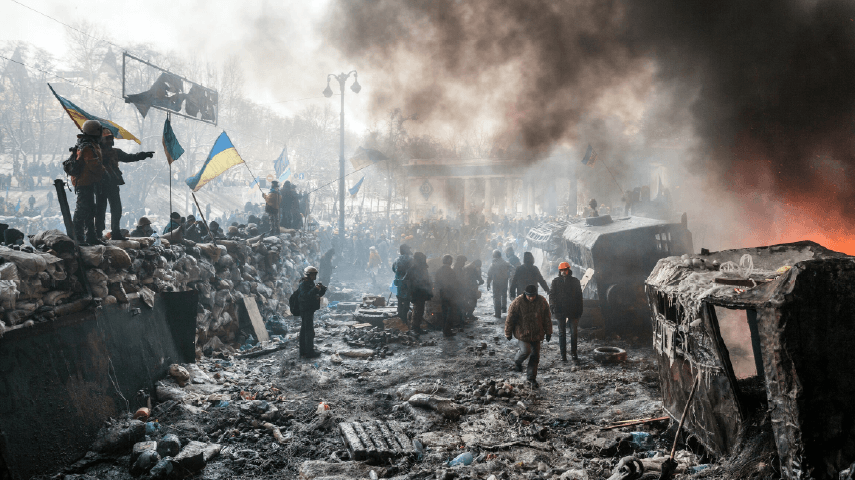 While governments are donating billions of dollars in cash or equipment to support Ukraine, private capital from large and small donors alike has a critical role in supporting relief efforts now and rebuilding Ukraine in the future.

Over 3.3 million people have fled Ukraine for neighbouring countries since 24th February. This is in addition to the nearly 6.5 million Ukrainians that are now categorized as IDPs - internally displaced persons. Moreover, according to UNICEF, in barely over a month more than 1.5 million children have fled Ukraine. Estimates by the UN shows that 12 million people need humanitarian assistance.

Companies and individuals inside and outside Ukraine are indeed providing support both financial and in kind. As of 12 March, Candid (combining GuideStar and Foundation Center) estimated that about $343 million had been raised in response to the crisis in Ukraine and another $241 million had been pledged.

Smaller donors often give funds through international charities such as Save the Children, CARE and the International Rescue Committee. Wealthier philanthropists and private foundations are playing a critical role as well, often with direct donations.

Rakuten, a Japanese electronics and online commerce company founder Hiroshi Mikitani donated $8.7 million and renowned chef Jose Andres who runs a not for profit that donates meals during natural disasters made a personal donation of about $5 million. Donations from foundations include $10 million from Bloomberg Philanthropies and nearly $22 million from the IKEA Foundation.

Hundreds of private companies are also donating their products like Ikea is giving away merchandise in its stores in eastern Ukraine and H&M is donating clothes to Ukrainian refugees. Elon Musk’s SpaceX donated Starlink satellite internet terminals, and many telecom companies have waived fees for international calls. The European Business Association (EBA) stated that within Ukraine more than 1,000 businesses are giving financial, medical, technology, electronics, fuel, food water, transportation or other support.

“Private philanthropy can help in ways that other donors may not”, shared the Centre for Disaster Philanthropy (CDP), such as supporting innovative solutions and funding organisations that support operational efforts on behalf of the affected people.

Reconstruction of Ukraine postwar will be the biggest undertaking in modern European history.

Even greater sums will likely be required to rebuild Ukraine. Ukraine government economic adviser Oleg Ustenko estimated that Russian forces had destroyed at least $100 billion worth of physical assets by 10 March, and funds for humanitarian assistance will be needed too.

The Atlantic Council, an American research think tank stated if the majority of Ukraine emerges from the current conflict unoccupied, a reconstruction programme could be the biggest undertaking in modern European history. The Council estimated that costs could exceed $1 trillion if Russia continues to bomb Ukraine at the current rate. 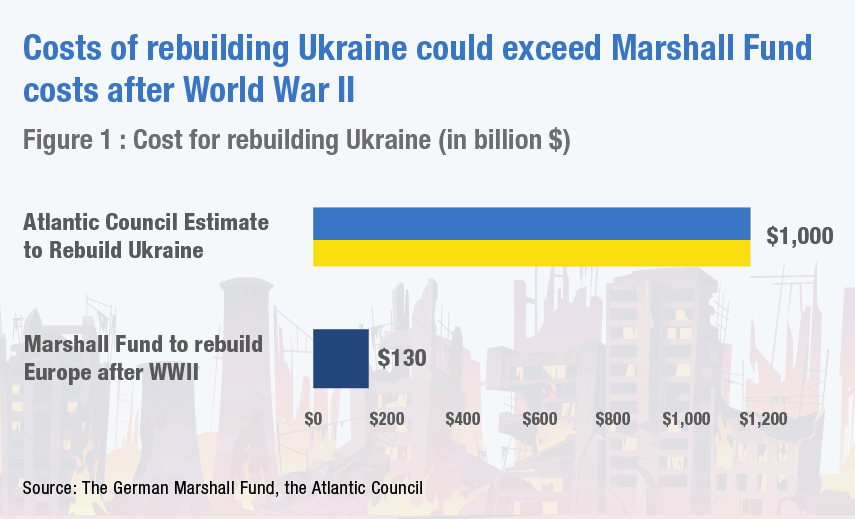 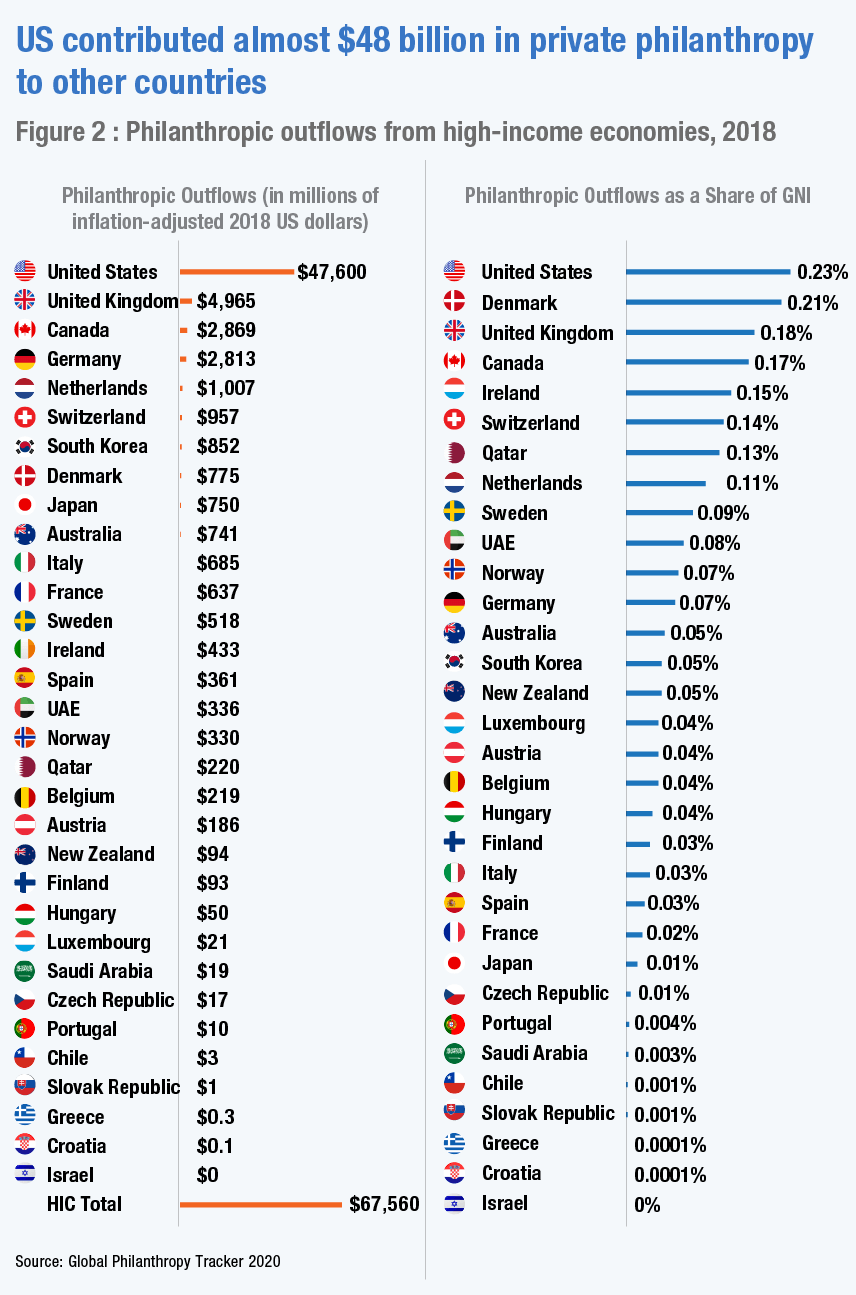 Even though the amounts needed are massive, planning and funding for the future have already started. The Ukrainian government has started work on four funds to rebuild Ukraine that will support the restoration of destroyed property and infrastructure, economic recovery and transformation, servicing and repaying Ukrainian debt, and affected businesses.

According to Bloomberg, individuals and institutions have started buying war bonds issued by Ukraine. The government raised $277 million from institutional buyers in early March and other investors want to invest. While Ukrainian war bonds that pay 11% are risky, traders are accepting the risk to support Ukraine. The inflation in Ukraine is already at 10%.

Some foundations and individuals are also developing plans to provide funding to prevent an economic collapse and to rebuild. The Open Societies Foundation pledged an initial $25 million to launch the Ukraine Democracy Fund, for example, and aims to join with private foundations, philanthropists and the private sector in raising $100 million to support Ukraine during the crisis and its protracted aftermath.

While the full impact of the Russian invasion of Ukraine remains unknown and donations so far are small compared to the long-term needs, private capital is essential for supporting Ukraine immediately and rebuilding Ukraine in the future. Ukraine is in dire need of funds and that goes without saying as freedom does not come free.

Should I give my children a lump sum now?

Experimentation, not ideology, has fuelled its four decades of growth