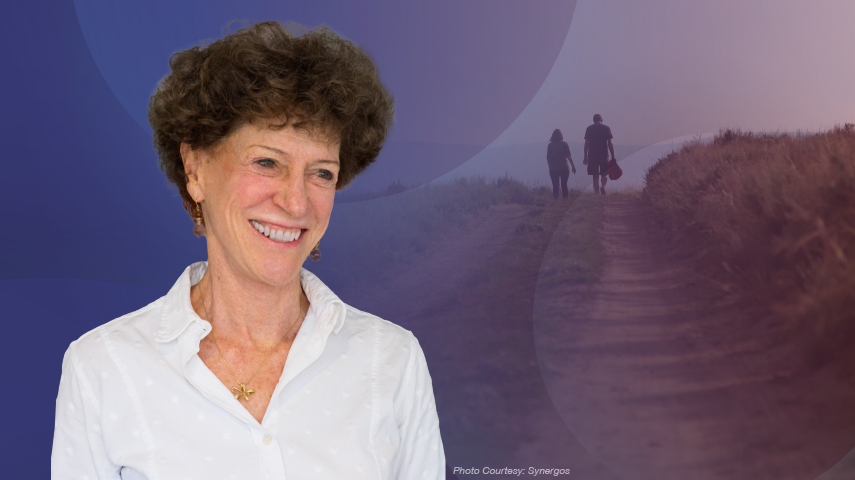 The great-granddaughter of American oil baron John D. Rockefeller, Peggy Dulany, urges fellow philanthropists to “do the inner work,” and get right with themselves first before attempting to solve the world’s woes.

What do poverty reduction, averting climate calamity, and addressing social injustice have to do with healing the wounds within oneself? Everything, according to philanthropist and Rockefeller family member Peggy Dulany .

A fourth-generation heir to the Rockefeller fortune, Dulany (born Margaret Dulany Rockefeller in 1947) is the fourth child of David Rockefeller, who rose to become the family patriarch from 2004 to 2017 despite being the fifth son and the youngest child. Philanthropy courses through the veins of the family wrote David Rockefeller in his 2002 autobiography “Memoirs”, and his forefathers believed that “the art of giving” money was as important as making it.

To bring about effective philanthropy, budding do-gooders need to first “do the inner work” by fixing what’s broken within themselves, wrote Dulany in a paper titled “Finding our way – How to move beyond trauma to serving with love”, in which she discusses the power of acknowledging and working through fears, distresses and other forms of negativity inflicted by past experiences.

Dulany’s emphasis on self-care might sound counterintuitive and a step removed from the traditional – and direct – approach of confronting mighty issues such as inequality and hunger head-on. She believes that long-held trauma would manifest in outward behaviour, and potentially disrupt the good that people try to bring to the world. It is by reconnecting with oneself and “the soul’s purpose” that one can best serve others effectively.

She facilitates that inward journey by organising wilderness retreats through her philanthropic organisation Synergos; these trips allow participants to pluck themselves from the confines of routine and concrete walls, and commit up to an entire week to connect with themselves and others. Synergos has organised 15 of these by-invitation-only trips to date, bringing the select group into the Atlantic rainforests in Brazil, the rural mountains of Mexico, and the outback of Australia. Outside of philanthropy, Dulany is reportedly one of several angel investors putting $4 million in Harvesting, an Indian agritech start-up that helps farmers with procurement and sales.

Harvesting and Synergos didn’t respond to emails to confirm this.

Dulany recently hosted a seven-day retreat at her ranch in Montana, which gathered participants from nine countries in Asia, Africa, Europe and the Americas, Synergos said, in a separate email. The event included a two-day solo  walk in the mountains, as well as group work on themes related to self-renewal.

While on these retreats, through fasting, meditation and silent walks in forests, participants learn to listen to and acknowledge repressed or undiscovered parts of themselves and reintegrate these hitherto alien parts of the self with the whole.

Then with the help of a guide, they sit together and listen to one another share intimate thoughts and experiences – a process that breaks barriers, builds trust and reinforces commitments to the self and the group.

Dulany, herself a guide on these wilderness retreats, has experienced first-hand the healing powers of such trips. A series of life-altering changes more than a decade ago – the death of a parent, a failed marriage, a child leaving home for college – prompted her to take a mini-sabbatical from Synergos and head to the mountains of Montana. It was while living in a tiny cabin and hiking in the wilderness that Dulany took stock of her life, acknowledging how regimented and devoid of choice it was. The familiarity of routine from which she derived safety had become a prison, she said, preventing her from pursuing her soul’s true calling.

Dulany was also troubled by her soft voice and habit of staying mute in group settings. She chalked them down to being “a conflict-avoiding middle child in a family (with) strong and often conflicting opinions”. She almost broke out of her self-imposed silence in high school with her passion for singing; that was until a choir director said her voice was too big for the others, a comment she took to mean “don’t speak or sing too loudly or you will be excluded.”

It wasn’t until a guide urged attendees at one of the trips to make increasingly loud sounds together that Dulany found her own voice, literally. She found herself yelling at the top of her lungs, releasing the sense of “rage and grief of feeling muzzled” that she had suppressed for decades – and finally being free of it, she wrote in the paper.

The trust and empathy participants build on such retreats bore fruit in the Indian state of Maharashtra. As part of an initiative to address malnutrition and stunted growth amongst children, one of the worst in India, Synergos found that deep distrust amongst government, non-government organisations and businesses was preventing them from collaborating and moving forward. So, Synergos took stakeholders on a three-day, three-night retreat in the Himalayan mountains, where together they built “a field of trust” and mutual commitment; she shared this story in a TEDx talk in 2015.

One successful project that emerged out of this environment of trust involved the Taj Hotel chefs coming up with three easy-to-prepare and budget-compliant recipes that were tastier than – and subsequently replaced – the government’s food packs. A year later, a United Nations Children’s Fund (UNICEF) study revealed that the rate of stunted growth among children in Maharashtra had fallen from 39% to 23%, relieving half a million children of that plight. Dulany attributed the success to the increased competence and trust the stakeholders had built amongst themselves, allowing for successful collaboration.

It is only by being whole, Dulany says, and seeing other collaborators – and even nature – as part of that completeness that humanity might stand a chance of mending the world.

Peggy Dulany will be at the Synergos Europe Gathering in Spain October 23-25 with members of the Global Philanthropists Circle. Synergos Montana retreats are held annually in late summer, bringing together eight to 12 people for about a week. Other upcoming events include a learning journey in the Amazon and a trip to India. Synergos is also exploring hosting its first retreat in Thailand in early 2023