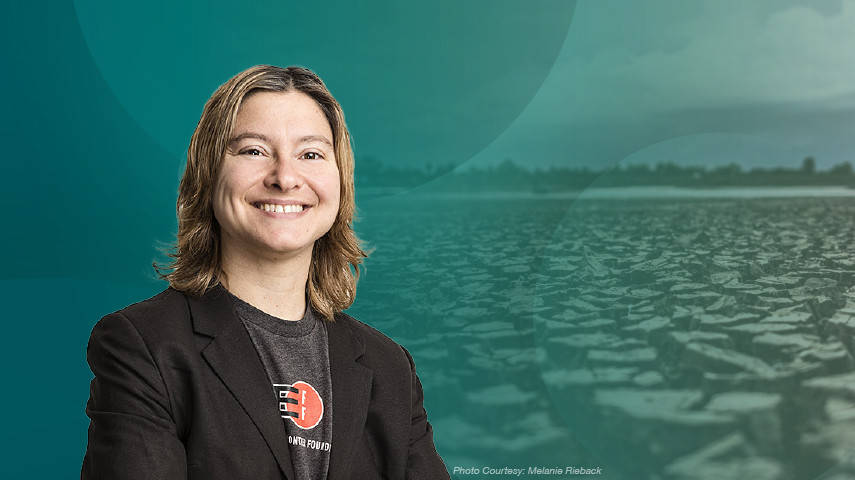 Computer scientist and CEO of Radically Open Security Melanie Riebeck believes capital needs to be better structured and deployed to facilitate ESG causes, and small shareholders must get involved and make their votes count to improve corporate governance.

The environmental, social and governance (ESG) debate is dominated by constant expositions on climate change and social injustices; but what if, asks shareholder-activist Melanie Rieback, the key to tackling ESG problems lies not in the ‘E’ or ‘S’ but in the overlooked ‘G’?

Steering the governance of major Wall Street corporations to meet socially responsible goals is more effective at solving ESG problems than the more typical methods of protesting and media outreach, Rieback said. To do that, minor shareholders – even mom-and-pop stakeholders -- who support environmental and social issues must exercise their voting rights, and not just let fund managers and other entities that don’t share their values vote for them by proxy. Rieback also said fund managers are more likely to vote in socially responsible ways if pressured by their biggest clients, such as pension funds, to do so.

“If we want to fix ESG and eliminate the greenwashing, we need to look at the ‘G’,’’ Rieback told Robert Rubinstein, advisor and international resource director of Wealth and Society and chairman of TBLI Group, in an interview. Our deteriorating environment and worsening social injustices are merely the symptoms of poor corporate governance, she said, but if “we fix the ‘G’, we will get the ‘E’ and the ‘S’ for free.”

Rieback is a proponent of so-called “non-extractive finance” – a school of thought in sustainable investing that recommends businesses retain enough profit to survive, and return the rest to society. Conventional finance is “extractive” by that definition because all profits are either reinvested into the company or are “extracted” by shareholders – the proverbial rich 1% of the world; that leaves next to nothing to rejuvenate the community from which such gains are attained, widening the rich-poor divide. To combat such greed, there needs to be reform in corporate governance through greater shareholder involvement, she said.

Even shareholders that are not familiar with corporate matters can and should exercise their fiduciary duty by tapping local ESG advocates for advice on how to vote. Progressive non-profits such as the As You Vote platform let shareholder-subscribers automatically vote for a pro-ESG slate with just a click. That shows how the votes of small shareholders can be captured and reflected in company decisions using just “simple automation.”

This will bring about “true democracy to corporate governance,’’ she said. “You can’t change the world by not voting.”

Cleveland, Ohio-born Rieback, 44, is an entrepreneur and computer scientist based in Amsterdam. She is CEO and co-founder of Radically Open Security, a white-hat computer consultancy that she claims donate 90% of profit to charity. It is not enough to promote non-extractive finance just by “doing well and doing good,” Rieback said she found it necessary to look at the source of finance, study how capital could be better deployed to serve socially viable causes.

That’s how she set her sights on Wall Street.

One Wall Street boardroom coup in particular fired the imagination of ESG activists worldwide, including Rieback’s, and kicked her brand of governance-reform advocacy into high gear: Engine No. 1.

The American pro-environment investment firm with $430 million in assets-under-management (AUM) successfully installed three of its candidates on the board of ExxonMobil Corp. in June 2021 despite owning just 0.02% of shares in the fuels company. Engine No. 1 did so by arguing Exxon was performing poorly due to its fossils-focused strategy; it then teamed up with Exxon’s large shareholders, including the three biggest -- BlackRock, Inc., the Vanguard Group and State Street Corp. -- to back its slate of pro-renewables candidates. Engine No. 1’s boardroom advocacy cost $25 million. Engine No. 1 said its three candidates were re-elected to the Exxon board this year.

Engine No. 1’s success has also caught the attention of the alt-right movement, who may use similar boardroom tactics to push back with its pro-fossils agenda, she said. Rieback, who self-identifies as being part of the progressive-left movement, said some pro-ESG funds are practising extractive finance, and that might weaken the movement’s credibility if left unchecked.

Rieback said the 2-and-20 fee structure used by venture-capital (VC) funds, where 2% is the annual fee for managing the fund and 20% is the cut fund-managers take from the profit of a successful sale, is highly extractive because the allure of an early exit causes VCs – even social-venture funds -- to push start-ups up a “hockey-stick” growth curve, often through wasteful means. Governments are the world’s biggest VCs, Rieback said, and in their rush to promote certain sectors, give the start-ups they favour licence to exploit the environment and other social resources to grow quickly.

They wind up “socialising the costs and privatising the profits,” said Rieback.

Changing the current fee structure that incentivises VCs to fatten start-ups quickly for a fast sale is vital for funds that claim to be socially responsible. Snowball IM offers a potential model for how a pro-social alternative might be feasible, said Rieback. The London-based impact investor and fund manager has scrapped the 20% carried interest for VC-funded funds, and reformed the 2% management fee to reflect the cost of doing business, assuming middle-class salaries; all returns and fees over and beyond get re-invested into the fund.

Rieback cites Impact Shares, an exchange-traded fund (ETF) that runs as a 501c3 non-profit organisation, as another viable model of non-extractive investing; all fees and returns above the cost of operations from buying the ETF are used to subsidise civil-rights group the National Association for the Advancement of Colored People.

More socially responsible alternative funds, such as those offered by Snowball and Impact Shares, are becoming available, and Rieback said family offices, high net worth individuals and hedge funds should diversify into them if they are serious about investing sustainably. More established institutional funds, such as pensions, are typically are too structured and hemmed in by SEC rules, such as diversification requirements, to invest in alternative funds, she said.

“Family offices are a lot more free, open-minded and impact driven in their decision making than institutions,” Rieback said. They can give these socially responsible funds, typically smaller with AUM of around $30 million, “the initial push” they need to get bigger and in turn encourage the larger, more traditional institutional investors to follow suit.

“Investing is a political act,’’ said Rieback. She said everyone, from the smallest shareholders to the largest pension funds, has a role to play and needs to get involved to move socially responsible agenda forward before it’s too late.

From At Home interviews to what to put in, and outside, your property

More than 200,000 babies may have been given substandard jabs