Wealthiest 10% are responsible for half of global carbon emissions 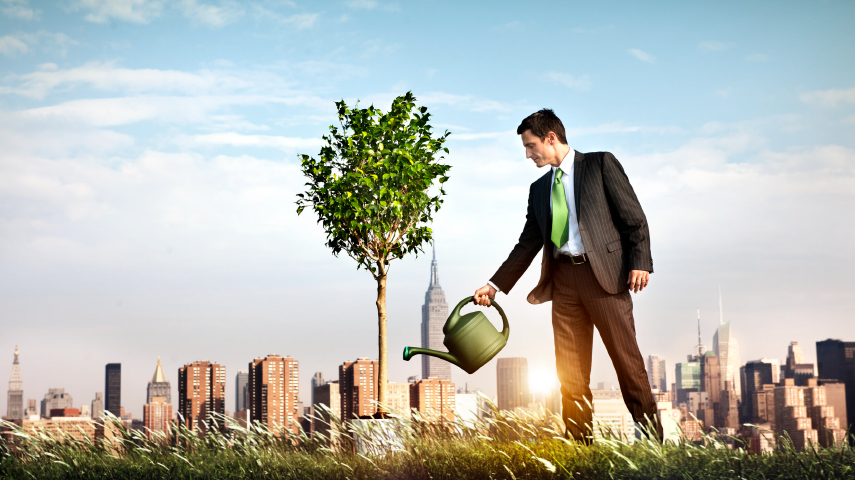 With the UN Conference of the Parties (COP26) in Glasgow focusing on countries and companies taking action to mitigate climate change, individuals might feel there is little they can do. However, the world’s wealthiest can have the biggest impact.

The German government-funded Potsdam Institute for Climate Impact Research revealed that the richest 1% could reduce their carbon footprint by 20% by turning their residences into zero-carbon homes using renewable energy products such as solar panels and electric vehicles. They can avoid secondary emissions by choosing more durable goods and reduce conspicuous consumption. As more than 50% of greenhouse gas (GHG) emissions from flying are caused by just 1% of the world's population, according to scientific journal Nature Energy, flying less can make a big difference.

Wealthy individuals are often looked upon as role models, so the climate-friendly actions they take can also influence others and inspire the broader population to shift to more climate-friendly consumption behaviour. The changes in lifestyle include reducing meat consumption, using public transport or walking, and reducing energy usage by using electric rather than gas appliances. Individuals can also use carbon footprint calculators such as the UN carbon footprint calculator  or CarbonFund business emissions calculator to learn about their impact on the environment.

Along with taking action in their personal lifestyle, the wealthy can make a difference and exert influence by investing in sustainable enterprises, press companies to lower GHG emissions and drive structural changes.

A survey by Swiss private bank Lombard Odier of next-generation high net worth individuals (HNWIs) and ultra-HNWIs in Asia found that 98% are looking to increase their allocations towards impact investments. Their motivation is driven by improved availability of impact investing opportunities and rising concerns about social and environmental challenges.  Private banks have taken notice. UBS announced in October 2021 that it is making sustainable investments its preferred solution for wealth management clients who wish to invest globally “because sustainable investments aren't just good for the planet – they can be good for investors too.”

The World Economic Forum (WEF) stresses that the thesis for investments by fund managers as well as private funds should include GHG reduction targets. A growing number of climate venture philanthropy, venture capital and private equity funds are making such commitments. The US climate tech-focused Prime Impact Fund only considers startups that could achieve a gigaton-scale GHG emissions reduction cumulatively by 2050, while EU-focused Ecosia’s investments aim to save two gigatons of carbon dioxide per year through 2040.

Funds are being invested in companies creating disruptive technologies that substantially reduce emissions. Research by Morgan Stanley shows that sustainable equity funds in the US outperformed their traditional peers by 4.3 percentage points in 2020, investors may benefit financially too.

Wealthy individuals can also pressure policymakers and companies to reduce emissions. They can advocate for lower emissions and ensure their bank does not invest in or loan to fossil fuel companies. Leaders of small and large businesses can also band together to advocate for action. In the US, E2, a non-partisan group of business leaders, investors and professionals, advocate for policies that are beneficial for the economy and for the environment. Individuals can join such network in their own country or create one.

The wealthy have the opportunity to provide significant support for climate research with their philanthropic giving as well. Amazon founder Jeff Bezos announced during COP26 that he will contribute $2 billion from the Bezos Earth Fund to restore natural habitats and transform food systems. Bill Gates pledged $315 million to help smallholder farmers adapt to climate threats.

Along with taking action in their home and community, corporate leaders can lead changes at work. The wealthy in particular can use their networks to influence decision-makers and change suppliers or the business culture. The WEF suggests that leaders start by mapping out a net-zero future for their company, then use its 1.5°C Business Playbook to identify opportunities. Companies can develop plans to reduce emissions by 50% in 10 years from sources such as cooling systems, new vehicles and purchases of electricity. They can reduce their supply chain emissions through procurement guidelines and supplier codes of conduct. Leaders who fundamentally redesign the business with transformative business models can open up new revenue streams and drive innovation as well as a net-zero future.

Fortescue Metals, an Australia-based iron ore mining company, has taken the initiative of working to create green energy solutions. Just as there are carbon footprint calculators for individuals, companies can also use calculators such as the EPA simplified GHG emissions calculator.

While countries and companies may have the biggest effect on mitigating climate change, wealthy individuals can have a greater impact than they might expect. Shifting practices small and large at home, in the community and at work can indeed help save the planet.

Richard Hartung is the managing director at Transcarta with expertise in ESG and sustainable investing.

Is scale in asset management good for the consumer?

Indonesia’s president picks a Muslim scholar as his running mate