Young-old tensions in SFOs a barrier to ESG investments 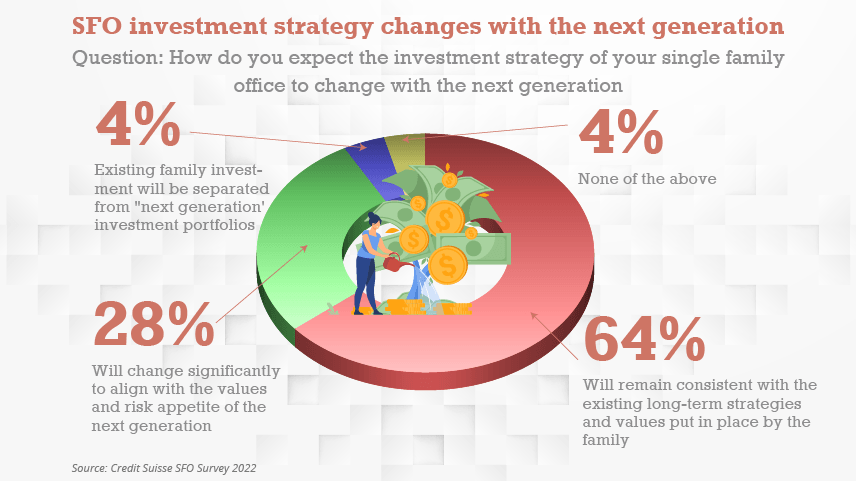 Intergenerational differences feature in Single-Family Offices (SFOs) dominated by the older, more growth-driven generation; disparity in investment approach based on geography and SFO asset size also feature in Credit Suisse’s 2022 survey report of SFOs based on 116 responses from 50 countries

Environmental, Social and Governance (ESG) issues do not feature prominently yet in the investment strategy of single-family offices (SFOs) worldwide, according to the Credit Suisse Group, as such purpose-driven causes are championed mostly by the younger generation in SFOs where decisions are still dominated by their elders.

Just under half of the 116 respondents from Credit Suisse’s SFO survey in January 2022 said they do not allocate any funds to sustainable investments, with reasons cited including ESG performance being hard to measure and their lower returns. Younger family members often lean more towards ideas of sustainability, innovation and transparency than the older counterparts, yet 31% of those surveyed indicated they have no say at all in such SFO decisions.

Many in the older generation are entrepreneurs “with a precise focus on performance,” said Nannette Hechler-Fayd’herbe, Credit Suisse’s head of global economics and research at a press conference. That makes it harder to convince them of investing for social change.

Differing positions on ESG best highlight the intergeneration tensions within SFOs, according to Credit Suisse. Results from the online survey by the Zurich-based bank show that over half of the SFOs (53%) find it difficult to include the younger generation in decision-making and managing the wealth transfer; one quarter (26%) indicated that relationships within the family are a significant business challenge.

The Credit Suisse survey found SFOs that involve the next generation in decision-making are more likely to invest in ESG.

“SFOs have yet to find a solution to the age-old challenge of managing generational conflict,’’ said Thomas Ang, the bank’s head of family office services, in the report.

Credit Suisse collated survey findings from SFOs in 50 countries across Europe, Latin America, the Middle East and Asia; these SFOs manage a combined $90 billion-100 billion in assets, and, on average, employ 10 people to support seven family members across two generations. Fifty-four percent of SFOs surveyed cited investment strategy and asset allocation as their top challenge amid markets uncertainty caused by rising inflation and the Russian-Ukrainian war; the second most-cited challenge (47%) was meeting annual return targets under such market conditions.

Regional differences also feature in survey results. In Asia, 61% said that investment decisions are made by selected family members, while in Europe, that fell to 39%; half of all SFOs in Europe use formal investment committees, while only 17% in Asia do so.

SFOs are turning to private deals to counter slumping returns in the stocks and bonds markets; only 13% of those surveyed said they are not involved in private transactions. A disproportionately large number of SFOs in Asia (78%; Europe 66%) tap personal connections for such deals. Financial technology and biotechnology, IT and property are the three favourite sectors for private deals worldwide, survey results show.

“The most interest in ESG has been in Europe… Switzerland; Asia and the Americas have been lagging,’’ said Hechler-Fayd’herbe.

That may change in the next 10 years, even in Asia, as intergenerational wealth transfer from the baby boomers push the younger generation to the fore at SFOs, she said. A more balanced approach by the scions towards investing with capital preservation as a priority may path the way for more ESG investments, according to Credit Suisse. 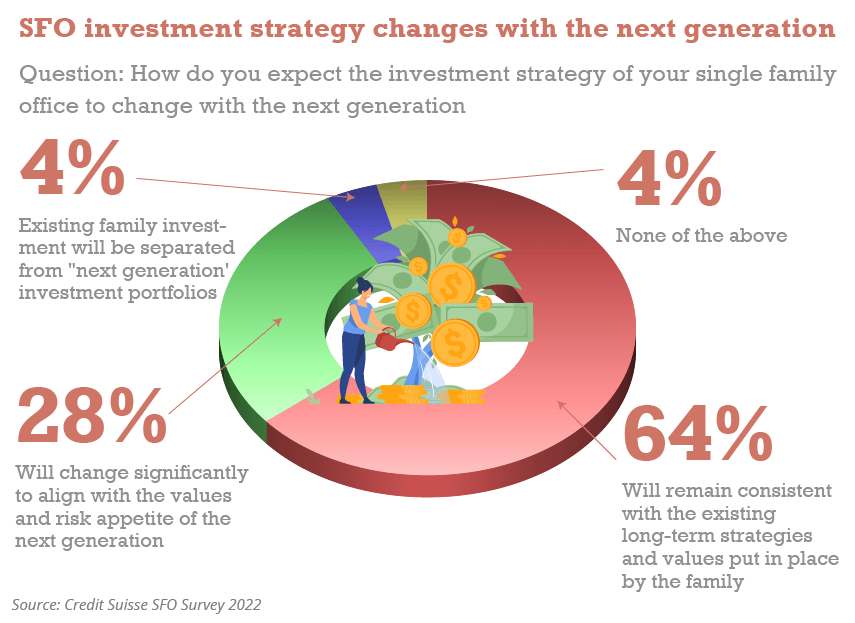 Family offices are gaining traction amongst wealthy individuals as vehicles for managing their monies partly due to less stringent disclosure rules. About 10,000 SFOs exist worldwide, with about half set up in the 15 years prior, according to a 2021 report by Ernst and Young. 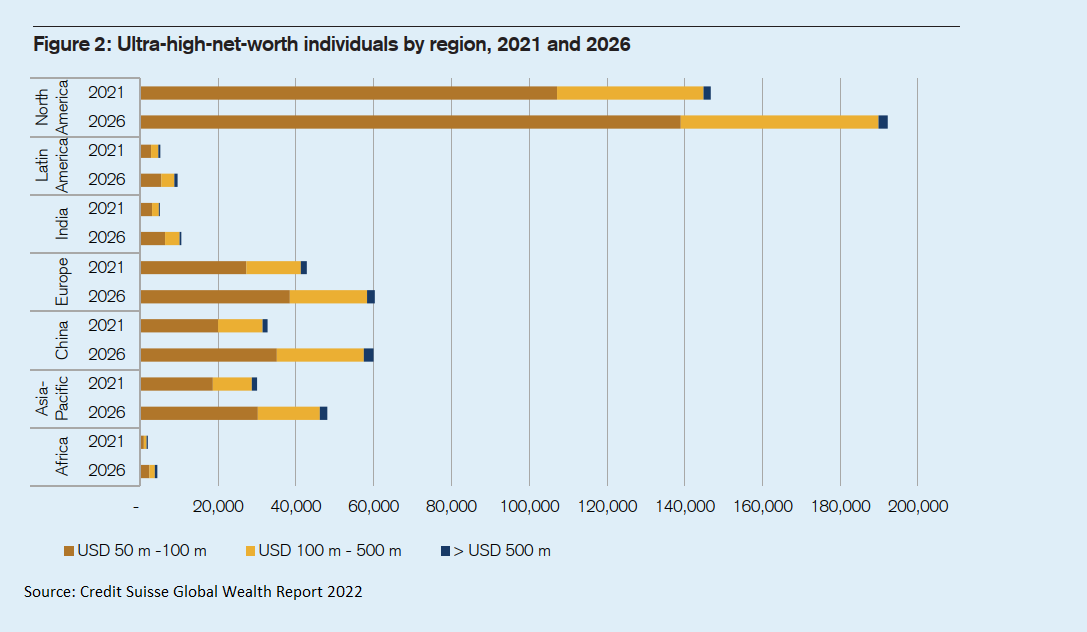 The value of grass is growing